Wording and worlding: On the form of Bouteldja’s writing 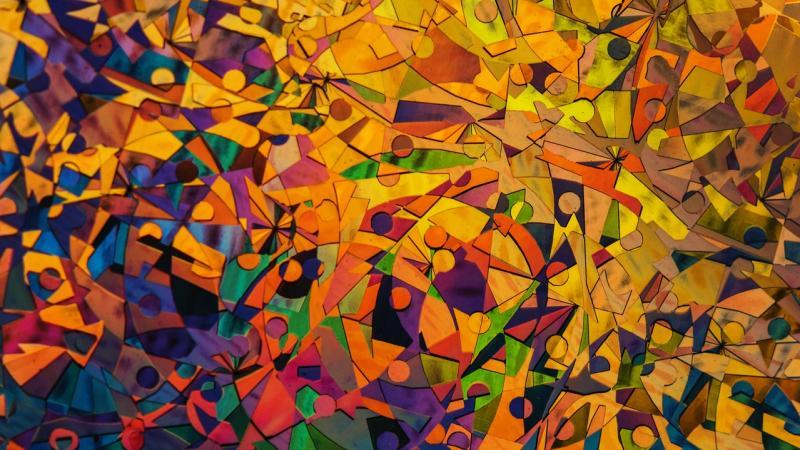 “Prophet Muhammad’s grandsons Hasan and Husain noticed that an aged person didn’t correctly perform his ablution. Instead of telling him that his method was incorrect, they asked, ‘Uncle could you judge which of the two of us does ablution properly?’ The old man watched both the brothers perform their ablutions as they had seen their father Ali and grandfather do. When they had finished, the old man remarked, ‘Both of you did better than I did.’ It is apt to call the art of critique by Hasan and Husain tanqid (criticism) by tamsil (exemplification, perhaps even embodiment).” —Irfan Ahmad, Religion as Critique

“Beauty, poetry, spirituality—this is what is most cruelly lacking from our modern, dry, societies.” —Houria Bouteldja, Whites, Jews, and Us

Let me begin with what stands out. Whites, Jews, and Us is a stunning read. The subtle, brilliant, and often pained thoughts of a gifted scholar speak through the rhymes of a beautiful writer. Two intertwining tones deliver us the book’s underlying message. Houria Bouteldja’s personal peaks and political nadirs form the intimate landscape of a testimony on how we ought to revolt through love.

Reading Whites, Jews, and Us may tell me plenty about racism and sexism, but mostly, firstly, not exclusively, it shows me how power works through and not simply upon us. A power that words us into “the Other” can, as Bouteldja shows, turn into words to empower others. In this short essay, I wish only to pay homage to the ways her writing raises the “We” in “We of peace,” the “We” in “We of politics of love.” Her writing compels us to reflect instead of formulate. It compels us to suggest instead of determine, to debate and to question our own sense-making as the “We” in “We of a decolonizing majority.” But above all, I find in Whites, Jews, and Us what Irfan Ahmad in his book Religion as Critique calls “tamsil,” that is, a mode of critique born from the Islamicate tradition. Criticism as exemplification, criticism as an embodiment. Bouteldja’s critique of Self and Other in Whites, Jews and Us is a tamsil that invites whites, Jews, and us to reflect on our errors, and to rethink the ways in which we perform our political ablutions.

Consider, as an example of her writing, the rhyming and rhetorical question that repeats itself through the book’s opening pages. Why am I writing this book? Why? Because: “first, we have to love each other . . .” Why? Because, despite being a daughter of Algerian immigrants, Bouteldja is not innocent. She lives in France. She benefits from the West. She declares: “I am white” and “Nothing can absolve me of this.” Why? To be forgiven she says, for the initial cowardice of her “unbearable indigenous condition.”

As readers, we get caught in the rhythm of her writing even if we are not always certain of what she means. Why unbearable? In what sense cowardice? It is in these moments that a click of the fingers happens. Bouteldja tells one of her stories and all falls into place. She tells of a time when, as a high school student on her way to a school trip to New York, she asked her parents to stay out of sight of her teachers and classmates as they dropped her off at the airport. She told them that this was because the other parents didn’t accompany their kids:

. . . A lousy fib. I was ashamed of them. They looked too poor and too much like immigrants with their Arab faces, as they proudly watched me fly off to the country of Uncle Sam. They did not protest. They hid, and I naively believed that they fell for it. What I failed to realise until this day is that they accompanied me in this lie. They even supported it without batting an eyelid so that I could go further than them.

Caught between the particularities of being Algerian, woman, and Other in France, the personal rawness of Bouteldja’s storytelling peels away the layers of complexity that form her, and our, unbearable condition. It is this kind of writing that allows Bouteldja to produce meaning that is enigmatic and emotive, eluding the (often crude) grasp of academic inquiry.

Bouteldja’s book contributes to an ongoing discussion about the place of the Other by exploring the possibilities offered by notions of assemblage between the You of white people, the You of Jewish people, and the We of the indigenous. She writes in the tradition of immanent critique. Her understanding of who Houria is comes from her discussion—out loud—of being a Muslim in a hostile French society that encompasses her identity and manifests in everyday relationships.

Instead of staring outward at the Muslim as a foreign object of analysis, Bouteldja turns her gaze inward to trace her own ways of (not) knowing through an evocative, narrative form of auto-ethnography. Her book is a gathering of personal moments, relations, and breakages that allow her to connect intersecting lived experiences. It needs to. Accessing the elusive, often unspoken burden of being a Muslim in France requires a reworking of both message and form. By speaking of the decentered and ephemeral self, she traces the myriad ways in which power works and the way it produces the decentered and ephemeral self.

If I focus, then, on the form of Bouteldja’s writing, it is because it offers an example of what an Islamic critique might look like. Her book circumvents the disembodied discussions of what Islam is or is not. In the tradition of the drunken Sufi, passages from Whites, Jews, and Us oscillate between remembering humanity’s oneness and refusing to forget our concrete manyness. She does not need to say, “Islam is.” For, as I read Bouteldja, it brings me closer to questions on how to understand being Muslim in the world; closer to my own auto-ethnographic project, writing about how I could not write my book, working on my own unravelling of how I use the word “We” to speak of Muslims as an interpellated “We” called forward by the War of Terror rather than Islam. For power works through wording and worlding, a process Gayatri Chakravorty Spivak describes as imperialism’s attempt to disguise its own workings to justify its imperial expansion; as I interpret it, the way in which power today naturalizes and subscribes “Muslims” into conversations about violence and otherness.

Thus, for me, her writing becomes unruly, beautiful, vulnerable, and necessarily rebellious to this worlding. It brings under control (rather than yields to) the supposed reason of the Cartesian “I” that naturally speaks for “all,” which compels me to voice my condition through abstractions and formulas. But, also in that Sufi tradition, hers is a writing that aims to purify the heart. Whites, Jews and Us, for both author and reader, is the act of wringing our inner sponge, heavy with the spite of a white gaze, an act of expelling a filth projected onto—soaked up—into our bodies and hearts; an act of political ablution.

Bouteldja’s book is an index finger pointed up high as it concludes with “Allahu Akabar” as a phrase of love. How provocative and brilliant. She is a Muslim who bears witness to the putative truth of being Muslim today. She is not timid before what we collectively face and who we are. Bouteldja’s writing balances the sense of possibility that follows from this call for purification with her refusal to shy away from the problem and its density.

In conclusion, I wish only to confess that, through the way she writes, Bouteldja, for me, resists the white ethnicity of a neutral “I” of the Enlightenment scholar. She resists also the traps of playing an insider Oriental, a Muslim who speaks about their condition through the workings of the War on Terror that names us as Muslim to speak as either one of us or them. We are a We. Truth inspires the way that Bouteldja writes both as a symptom and of the symptoms. She is as she says, not exactly white, but whitened, thrown up by history. And, caught in the vortex of this thrownness, within the intersections of philosophies, all that remains for us is to be honest about who “We” are.

To return to her original question, why does she write this book? She writes, Bouteldja tells us, because she shares Antonio Gramsci’s anxiety: “the old is dying, and the new cannot be born . . .” We dwell in an in-between, a place where a “great variety of morbid symptoms appear.”

So in this powerful, touching, dignified work we find critique as tamsil. We find an invitation for an embodied “We” who must write, think, and live within the space of political praxis and critique, at the interstices of whiteness, Islam, and decoloniality. We find a love for the “We” of revolutionaries, the “We” “who must embody the moment right before the hatred.” Why? Because: “first, we have to love each other . . .” 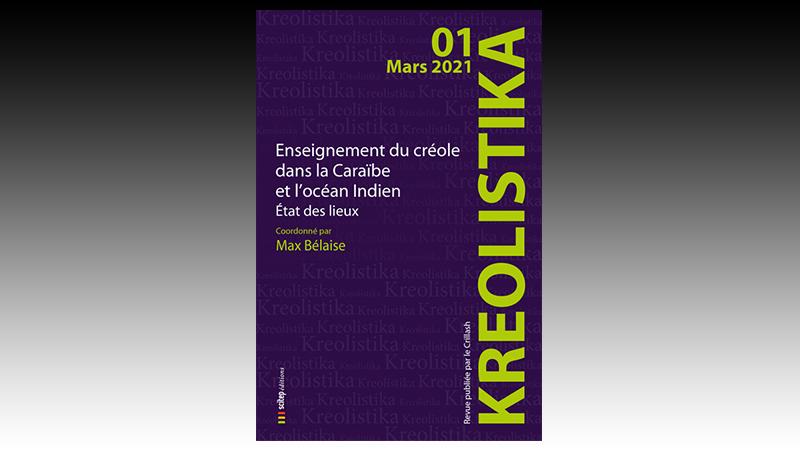 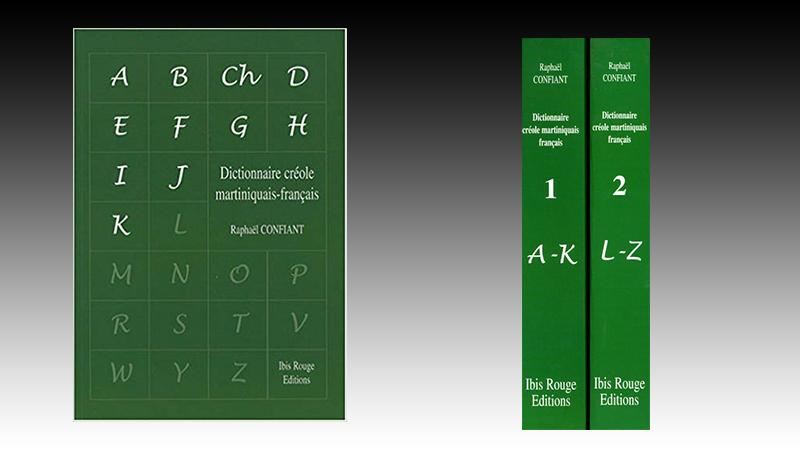 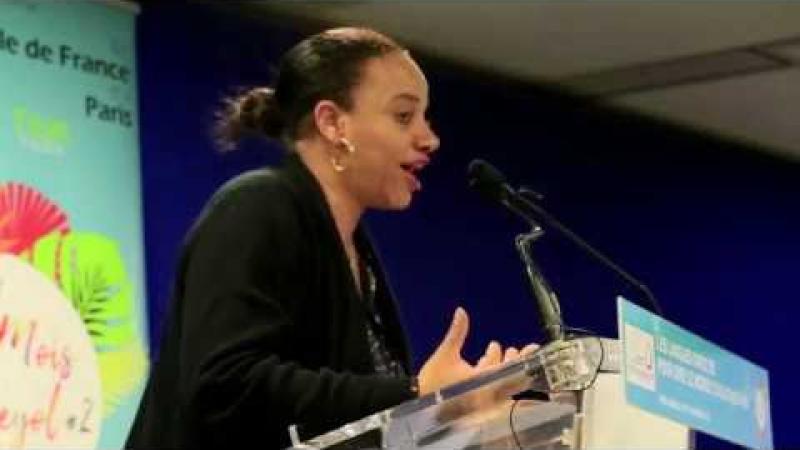 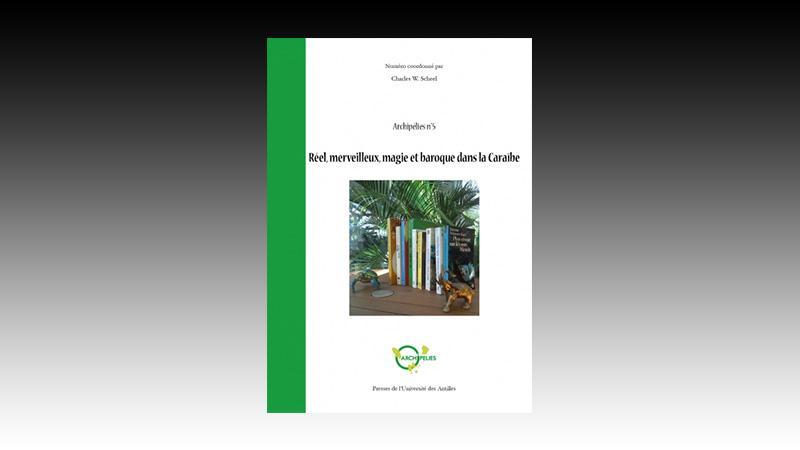 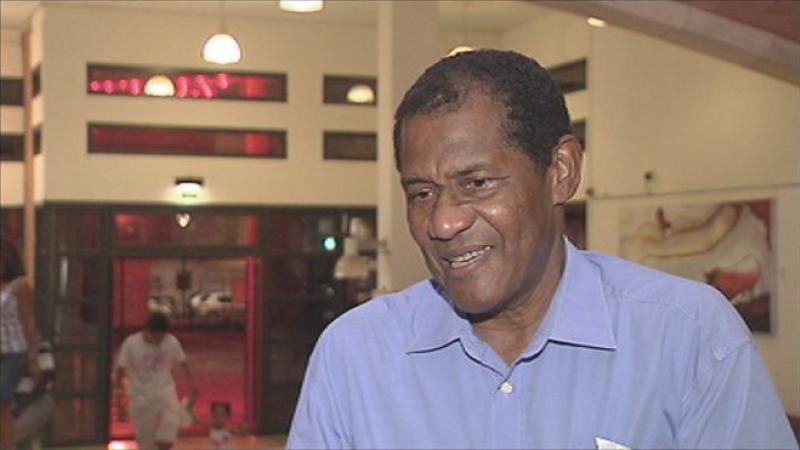