We are all Haitians 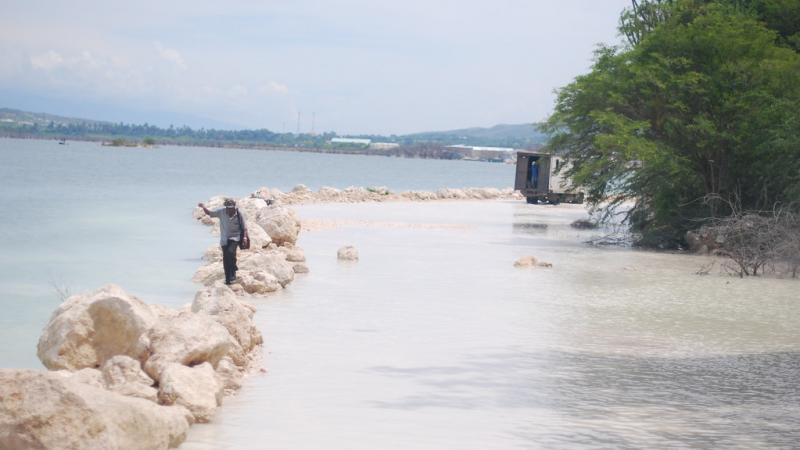 In memory of J. Michael Dash, the Caribbean thinker and literature scholar.

The passing of J. Michael Dash on June 2 in New York City has left the academic community on both sides of the Atlantic in shock. As we come to terms with the weight of this loss, we should remember his many contributions to how we think, understand, and write about the Caribbean.

Michael Dash was born in Trinidad in 1948, one of a generation that had its intellectual coming of age in the heyday of independence in Trinidad and Jamaica after 1962. He went to Jamaica in the 1960s to pursue a degree in French at the University of West Indies (UWI) Mona campus. There was nothing unusual about this. The campus in the 1960s featured a healthy mix of some of the best and brightest students from across the region who interacted, collaborated, and sometimes married each other. The Mona campus at the time of Dash’s undergraduate years was a rich place for cultural exchange and intellectual growth. It had evolved greatly over the course of a decade from what an earlier undergraduate, Derek Walcott, referred to facetiously as “the ranch” to a gradually more developed place of ideas and culture. Dash would later recall, in a 2012 interview with The Public Archive: “The Mona campus was the place to be in the late sixties. Lloyd Best, Orlando Patterson, Kamau Brathwaite, Rex Nettleford and so on were all on the faculty at Mona. The Wailers played at the Student Union fetes. We had had the Walter Rodney demonstrations in 1968, shut the university down and occupied the Creative Arts Centre. I think the times encouraged risk-taking.” Mona was a place of great ferment for Dash and it became a major part of his adult life.

The influence of black consciousness had taken a strong hold on the campus. Conscious students interrogated everything through the lenses of black history. A productive consequence of this was the curriculum change to include writers from the Caribbean in course material. Lecturers such as Gabriel Coulthard in Spanish taught material from the Spanish, French, and English speaking parts of the Caribbean, introducing students at Mona to areas underexplored in their earlier education. In a 1969 Twentieth Century French literature course, as Dash tells it, he learned about Aimé Césaire and Frantz Fanon from Martinique and Jacques Stéphen Alexis—who would be the subject of Dash’s first book—and Jacques Roumain from Haiti. The Haitian writers fascinated him. After winning a scholarship for graduate work under the direction of Beverley Evans (Omerod), Dash was encouraged to visit Port-au-Prince in April 1970.

This visit was during the last year of the dictatorship of François Duvalier which was continued under the rule of his son, Jean-Claude. The news that reached the rest of the Caribbean about Haiti was universally negative. Indeed, most chose not to discuss Haiti let alone consider it seriously as part of the evolving radical Caribbean. Dash’s personal interests in Haiti were partly the influence of his advisor, the work of fellow Trinidadian CLR James whose The Black Jacobins cast a an enduring influence on Caribbean scholars of Dash’s generation, and his own curiosity to learn more about the source of the great literature he immersed himself in.

Dash’s commitment to study Haiti in 1970 was no small decision. No one save for David Nicholls—a British historian, who, significantly, was employed at the Department of Government at the St. Augustine campus in Trinidad—was working on Haiti in a serious way. Nicholls, who wrote the seminal From Dessalines to Duvalier (1979) often spoke of the logistical challenges of doing archival-based research in Haiti. Dash encountered the same challenges but persevered. Without the privilege of long-term research funding he would visit Port-au-Prince in the summers, reading all he could from Haiti’s giants—Roumain, Alexis, Price-Mars, Depestre, Marcelin, Nau, Chauvet, and others—finding their texts in private collections and the drawing rooms of close friends. The result of this devoted labor which spanned the seventies, was a doctorate and a major publication, Literature and Ideology in Haiti (1981).

To say that the book was important is to underestimate its value. Not only was it the first work in English to treat seriously and extensively with Haitian literature (Coulthard’s Race and Colour in Caribbean Literature (1962), based on studies made on trips taken from Mona to Jamaica’s neighbors in the 1950s, paved the way, but was more regional in scope) it more significantly placed Haitian literature firmly within the longer political development of the country. Dash drew connections between the voices of the generation that wrote against United States Occupation of Haiti (1915-1934) and those that opposed the internal fissures created by the arrival of the Duvalierist state in 1957. The book ended with Alexis’ assassination in 1961. A history that had remained obscure to an English-speaking audience was vividly made clear in this book through the words of the Haitian writers Dash closely analyzed.

As with many a great study its influence was not immediately registered. At a distinguished lecture at the Creative Arts Center on the Mona campus on the 200th anniversary of Haitian independence in 2004, Dash confessed that he felt alone as a scholar of Haiti at a time when there was very little interest in Haitian matters. He did not let this prevent him from more work. He followed Literature and Ideology with a range of important essays published in Caribbean and North American venues and the provocative, Haiti and the United States: National Stereotypes and the Literary Imagination, published in 1997. That book reflected the evolution in his scholarship. By tracing the way Haiti figured into United States stereotypes through literature, film, and art, from the nineteenth century to the 1990s, Dash made much larger arguments about the frequent injustices in US-Caribbean relations. By the time the book appeared Dash was established as a leading figure in Haitian studies, which, thanks in part to his contributions, was beginning to attract younger scholars, though, as he lamented, not many in the Caribbean.

This position afforded Dash a certain prestige. Being a Caribbean scholar with a global voice on Haiti who wrote and taught in the Caribbean gave Dash a unique view of Haiti vis-à-vis its relations with the rest of the world. When assessing the views of others he could be unsparing. In essays, critical reviews, and lectures he was as quick to point out the flaws in literary interpretations as he was in celebrating their virtues. Yet even when he made his most cutting remarks they were, at least in public, softened by an earnest laugh and a trademark smile that seemed to relax his tall frame when it broadened.

Dash consistently maintained the centrality of Haiti to Caribbean self-understanding. He encouraged students and colleagues to acquaint themselves with Haiti as much as they could. His underappreciated survey, Culture and Customs of Haiti (2001), reflected an unessentialized view of Haiti that most of his predecessors missed. Indeed in his work he was quick to point out many things that he believed observers in North America and the Caribbean had got wrong. In an article written for Jamaica’s Daily Gleaner in 2004 he wrote: “Haiti cannot be saved by those on the outside if only for the simple reason that a modern democratic society can neither be imposed by the well-armed nor inserted by the well-meaning.” “No more helpful,” he argued, “are those who, blinkered by Afrocentric solidarity, reduce Haiti to the victory of 1804 and try to see Boukman or Toussaint in the face of every Haitian.”

One of his principal insistencies, made directly at the 2004 lecture in Jamaica, was that the idea of freedom, in art and life, was one that Caribbean people fully appreciated after the Haitian Revolution. His closing words at the lecture crystallized his argument that if we think of the modern Caribbean in this way as being connected to the Haitian Revolution, which James famously evoked as the beginning of Caribbean freedom, then we must accept that, “we are all Haitians.”

Whatever forum he entered, Dash made clear that the Caribbean needed to be taken seriously. Even when his views collided with popular sentiment they were predicated on a sense that narrow ways of seeing the region, regardless of the politics of the viewer, were dangerous. He contributed frequently to local discussions on Haiti. He accompanied CARICOM members to Haiti on fact-finding missions; was a regular guest on radio programs in Jamaica; wrote in the newspapers; and gave public lectures. On a radio appearance in Jamaica in the early 2000s, he questioned why it was that the Jamaican media sought him out only when things go wrong in Haiti and not when there were improvements. It was a pointed comment that indicated years of frustration with the narrow-minded way in which Haiti was regarded by its neighbors who should know better.

After some two decades on the staff at the UWI, Michael Dash relocated to New York in the late nineties to take up a position as Professor of French literature, thought and culture. His departure was a loss for the UWI though he maintained a relationship with colleagues and the institution. He thrived in these years, publishing several other critical works on Haiti and the Caribbean. He also translated the works of the celebrated Martinican poet and philosopher, Édouard Glissant with who Dash enjoyed a close personal relationship. This work expanded his profile in the United States. His students and colleagues in New York were clearly impacted by his presence there. He supported his graduate students and selflessly mentored younger scholars with interests in French Caribbean studies.

I benefited greatly from his guidance and example. On my first research trip to Haiti in the mid 1990s I sought counsel with Michael in his office in the French Department at Mona. I found him packing up books for his imminent relocation to New York. It was my first meeting with him and he was genial and very supportive. He generously shared with me his contacts, especially that of the celebrated late historian, Roger Gaillard.

Before we parted Michael wished me well. He said Haiti is a place that for many of us from the Caribbean when we first visit we either are frustrated with it or love it a great deal. Michael loved Haiti a great deal. He loved the Caribbean a great deal, never missing a Trinidadian Carnival or any new work of art from younger writers and artists who caught his attention.

I have taught Michael’s work in my own classes on Haiti at the UWI. I preface discussions of his text with his biography and explain why students must know him. I have done so not only because of their enduring relevance but because I believe strongly that his achievement as a pioneering Caribbean scholar of Haitian studies should be appreciated by each generation who has the privilege of being at the UWI.

My last encounter with Michael was nearly two years ago in a museum in Denmark. We were there with his partner Stella, and scholar of Haiti, Marlene Daut, for a conference on Haiti at which we presented. On our final morning in Aarhus we explored the ARoS Art Museum together. Michael engaged us on new literature and old histories. All the while he offered insights on life and work, reflecting casually on the Caribbean as he lived it.

For those of us who were lucky to receive Michael’s reflections in person they were a link to a tradition of Caribbean intellectualism that he helped shape that is increasingly less visible. Fortunately for all of us his gifts are contained in his many writings; his books and the numerous essays that he left behind. This is the legacy that we must cherish as we remember him now. These, like good art, will live on. 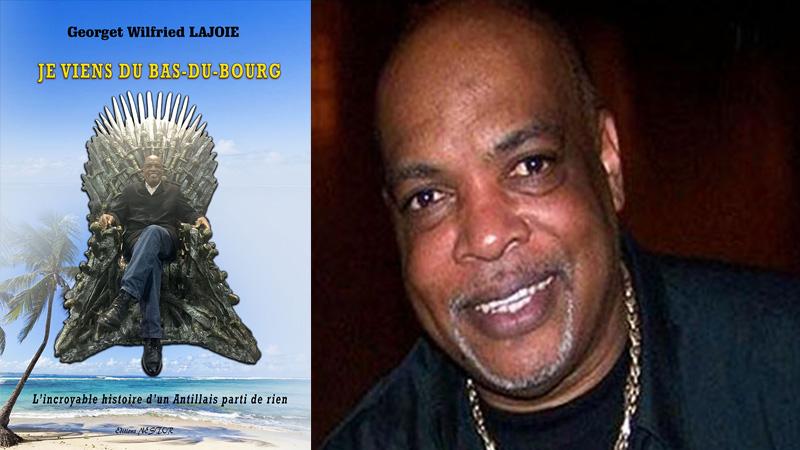 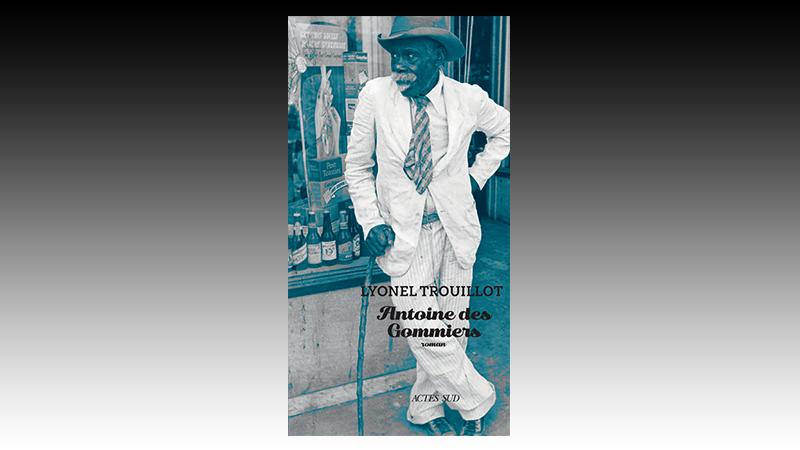 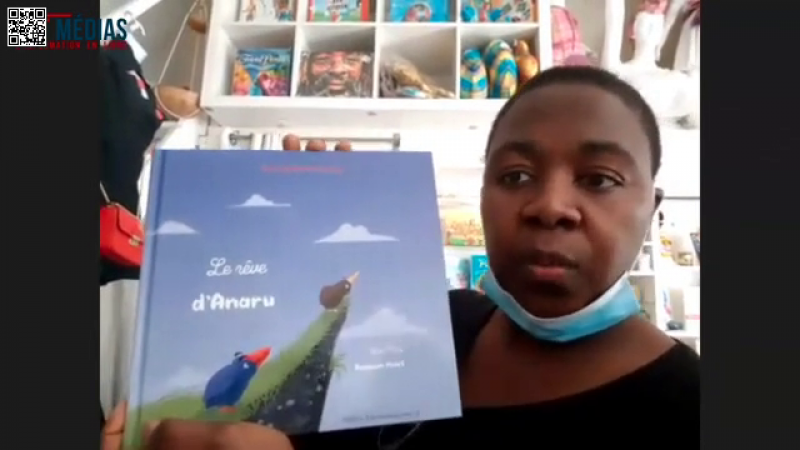 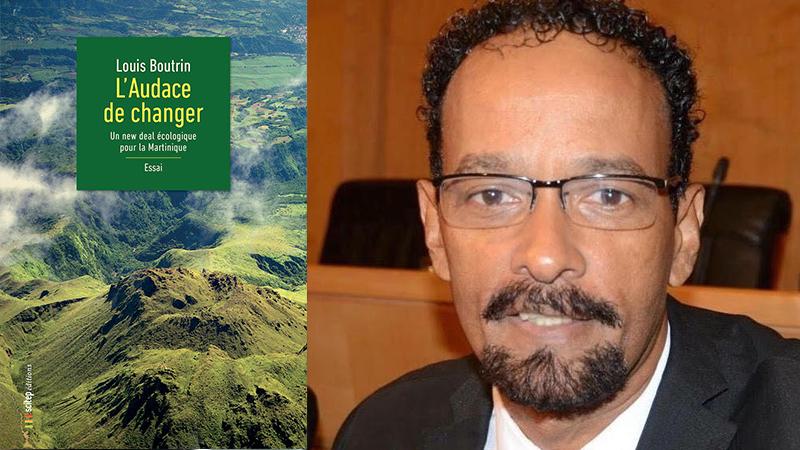 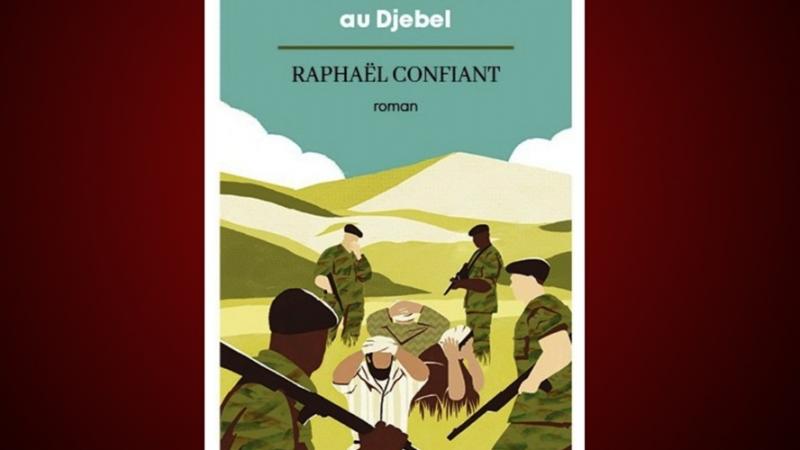