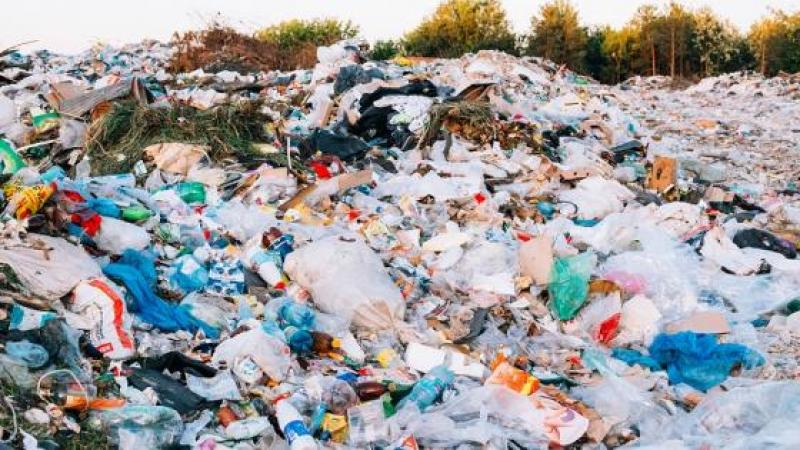 PORT OF SPAIN, Trinidad, Thursday March 10, 2016 – Caribbean countries are among the biggest generators of trash in the world, per capita, and Trinidad and Tobago has the unenviable distinction of being at the top of that list. World Bank statistics show that the twin-island nation generates 14.4 kilogrammes of municipal solid waste per capita per day – 12 times the world average of 1.2 kg.

Antigua and Barbuda, St. Kitts and Nevis, Barbados, St Lucia, and Guyana were also among the top generators of municipal solid waste.

Here’s the list of countries generating the highest levels of per capita household waste in the world, based on the municipal waste management data compiled by Worldatlas.com.

Trinidad and Tobago, 14.4 kilogrammes per capita per day

The islands of Trinidad and Tobago are situated just north of South America, and encompass a total area of 1,980 square miles. The country is composed of nine regions and one ward, with over a million people calling the nation their home. The landscape of Trinidad and Tobago is made up of forests, coastal regions, savannas, and freshwater rivers, as well as numerous man-made attractions. A lack of recycling facilities has contributed to the country’s dire waste management issues. One of the most pressing environmental concerns on the islands is the pervasiveness of littering, which has caused rises in mosquito reproduction, as well as problems with rain water drainage. These in turn have contributed to conditions which have allowed for widespread flooding. Discarded plastic, which is especially harmful to a variety of sea life, including gulls, turtles, and fish, is also a major problem in the waters surrounding Trinidad and Tobago.

Kuwait, 5.72 kilogrammes per capita per day

Kuwait is an Arab country which is bordered by Saudi Arabia and Iraq. With an estimated population of over four million, this Islamic state has long had difficulties providing its citizens with an adequate supply of fresh, drinkable water. The nation places a great deal of emphasis on desalination, which is essential to removing harmful minerals from saline water. Kuwait’s first such desalination plant traces its beginnings back to 1951. The country’s trash problems stem from a lack of proper landfills, which in turn has led to issues such as groundwater contamination, the release of toxic gases, and unregulated fires. Due in part to urban sprawl, many residents live in close proximity to poorly maintained landfills, and thus are exposed to an array of health risks.

Antigua, 5.50 kilogrammes per capita per day

Located in the West Indies, Antigua is Spanish for “ancient”, but is known by native locals as Waladii or Wadadili. Interestingly, Genoese explorer Christopher Columbus visited the island in 1493 as he sailed in service to the Spanish Crown, thus earning him the distinction of being the first European to travel to this tropical isle. Because of its natural beauty and favorable weather conditions, many well-known celebrities own property on the island. Among its famous part time residents include Oprah Winfrey, Richard Branson, and Eric Clapton (who opened the Crossroads Rehab Center on the island). Major environmental concerns plaguing the nation include water shortages and a lack of access to fresh water even when water is on hand, as well as the problems associated with untreated sewage being allowed to flow into the ocean.

St. Kitts and Nevis, 5.45 kilogrammes per capita per day

St. Kitts and Nevis are two islands in the Caribbean Ocean which are presently part of the British Commonwealth. St. Kitts also has the distinction of being the site of the oldest English and French colonies in the local geographical area. Because of this long history, St. Kitts, the larger of the two islands, has been termed “The Mother Colony of the West Indies”. With a population of almost 55,000, these islands depend on an economy based on tourism, agriculture (particularly exporting sugar), and a small manufacturing sector. As with many poor island countries, St. Kitts and Nevis struggles with environmental problems relating to waste management and trash build up.

Guyana, 5.33 kilogrammes per capita per day

Located in the northern portion of South America, Guyana borders the countries of Brazil, Suriname, and Venezuela. With English as its official language, almost half of its residents are of West Indies’ decent, followed by Africans and American indigenous peoples. Guyana boasts of having a biologically diverse environment, which includes cloud forests, swamps, dry evergreen forests, and coastal areas. Among its most popular man-made attractions are the Demerara Harbor, Berbice, and Takutu River Bridges. Guyana suffers from various problems relating to water contamination, and unsightly trash build up due to its poor waste collection services is easily visible. In urban areas such as Georgetown, a lack of effective national trash management systems has resulted in unhealthy living conditions, as well as problems with polluted rainwater drainage.

Sri Lanka is an island nation located south of India. Previously known as Ceylon, this nation includes a population of over 20 million people, according to 2013 statistics from the World Bank. In terms of domestic environmental policy, this small country has a total of 20 plastic recycling plants, with another three being devoted to processing paper products, one for glass products, and two for coconut shells. Sri Lanka has been significantly affected by pollution as a result of sewage contamination, as well as a large amount of waste material from industrial sources. Because of the poor state of the nation’s sanitation infrastructure, local residents are at risk for being infected by a number of serious disease, including yellow fever, hepatitis A and B, malaria, typhoid, and meningitis.

Barbados, 4.75 kilogrammes per capita per day

Lying in the eastern portion of the Caribbean Ocean, Barbados covers an area of approximately 166 square miles. This small island nation is home to an estimated 277,000 citizens that speak two official languages: English and Bajan Creole (Barbadian). Ocean pollution and the welfare of the marine environment are among the most pressing public health concerns facing this vulnerable nation. Not only are the islands themselves at risk due to dangerous trash build up, but officials are also mindful of maintaining the biodiverse coral reefs which surround the nation. In recent years, government officials have created the controversial Greenland Landfill, as well as investigating ways in which to convert Barbadian trash into energy.

The idyllic Caribbean island of St. Lucia is located off of the north coast of South America, and is a well-known and popular resort area for tourists from around the world. Visitors journey here to enjoy the country’s sandy beaches, beautiful weather, Sulphur Springs, rain forests, and upscale resorts. The issue of littering has become a major problem, however, both in terms of locals as well as island visitors. Illegal dumping has also resulted in increased populations of mosquitoes and other pests. This is especially troublesome due to the crisis involving the recent Zika virus outbreak. Water contamination and marine pollution are also major ongoing environmental issues in St. Lucia.

The Solomon Islands are located in the South Pacific Ocean, and were named after King Solomon by Spaniard Alvaro de Mendana in 1568. With a population of over half a million people, this tropical archipelago faces a growing problem in terms of its lack of proper waste management policies. In the nation’s capital city of Honiara, less than half of the citizens receive regular trash collection services from the city’s Environmental Health Division. Unfortunately, for environmental and public health reasons, most urban residents have grown accustomed to simply piling up their garbage on the side of the street, where it is then “disposed of” by simply being set on fire. Another major concern facing the country is its lack of composting facilities, which has further contributed to the problem of effectively dealing with organic waste.

Tonga, 3.71 kilogrammes per capita per day

Tonga is a Polynesian country located in Oceania. It consists of over 170 islands, and is geographically characterized by a landscape composed of white sandy beaches, coral reefs, limestone cliffs, plantations, and rain forests. Besides facing national problems such as significant obesity rates, residents of Tonga must also contend with numerous environmental challenges due to the nation’s limited solid waste management facilities. Some of the main issues connected to Tonga’s poor trash treatment policies include littering, drainage contamination, and the proliferation of rats and insects, as well as drinking water pollution. All of these concerns have dire consequences, not only on the natural environment, but also in regards to the long and short term health of its citizens, as well as that of the flocks of international tourists who regularly travel there on vacation.

New Zealand lies in the southern portion of the Pacific Ocean, just southeast of Australia. With a population estimated to be over four and a half million residents, this island nation’s demography consists of a mix of Europeans, Maori, Asians, and Pacific peoples, as well as those from the Middle East, Latin America, and Africa. Over the last 25 years, the amount of trash thrown away by New Zealanders has gone up by a staggering 75%. Because of the environmental and economic importance of the nation’s relationship with the Pacific Ocean, it’s in the best interest of all New Zealanders to play a more positive role in cleaning up the country’s garbage-clogged waters and shorelines. Trash, especially plastic, is toxic to aquatic sea life, and presents a significant danger to the ecosystem as well as the food chain at every level.

Ireland, 3.58 kilogrammes per capita per day

When most people think of Ireland, they imagine fields of green, scenic vistas, and picturesque country towns. The Emerald Isle is also known for its beer, culture, history, and vibrant tourist industry. Beneath this attractive surface, however, lurks an ugly reality. In recent years, the country’s infrastructure and public services have suffered, and currently the state of its domestic public sanitation system is sorely lacking in efficiency. Littering has become a major problem, especially in the nation’s most populated urban centers. Many local residents seem to have little concern for this problem, nor for the serious environmental repercussions have such illegal activities on the Irish quality of life and the future of their country.

Vanuatu, 3.28 kilogrammes per capita per day

Vanuatu consists of over 80 islands. The country is located in the South Pacific Ocean, just to the east of Australia. Besides threats caused by climate change, such as a rise in water levels, Vanuatu is also dealing with a significant level of environmental damages due to pollution. Trash management is limited in the village areas where most of the nation’s residents live. Vanuatu’s important tourism industry has also contributed to its large scale waste disposal problems. Rather than being handled by municipal authorities, the business of collecting trash in areas devoted to international visitors is handled by private companies. Despite having several recycling facilities, most citizens of Vanuatu are accustomed to either burning or dumping their trash in convenient locations, many lying not far from their homes or workplaces.

The Bahamas, 3.25 kilogrammes per capita per day

The Bahamas is made up of a series of islands in the Caribbean Sea, located to the south of the U.S. state of Florida. Its capital, Nassau, can be found on the island of New Providence, and that same city has a population of more than 250,000 residents. The Bahamas has a serious waste disposal problem, with its Harrold Road landfill taking up an area of 100 acres and being prone to outbreaks of dangerous fires. These often result in contaminating the surrounding area with toxic materials such as mercury. Although the nation’s trash is separated into residential and commercial waste, unlike other nations citizens of the Bahamas have become accustomed to disposing of hazardous materials like paint, oil, and old batteries directly into garbage bins. This is done without regard to the damages these substances may cause the environment, on either a short- or long-term basis. 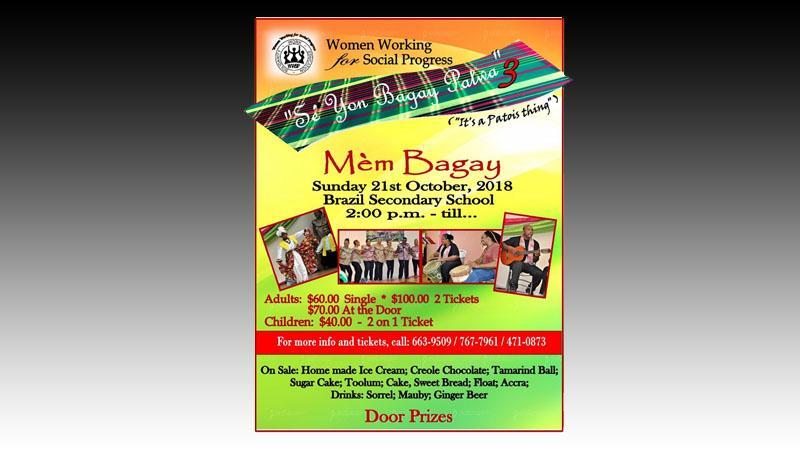 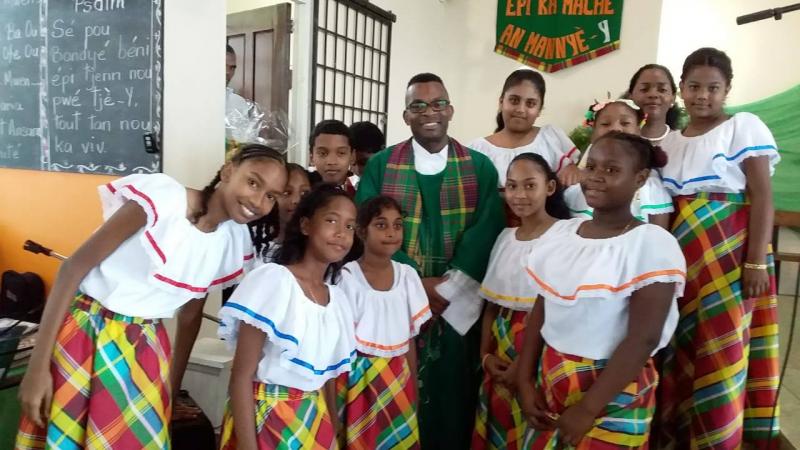 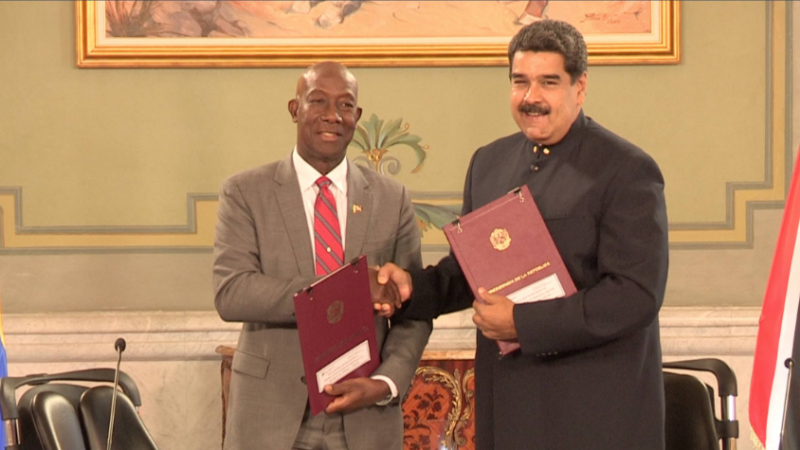 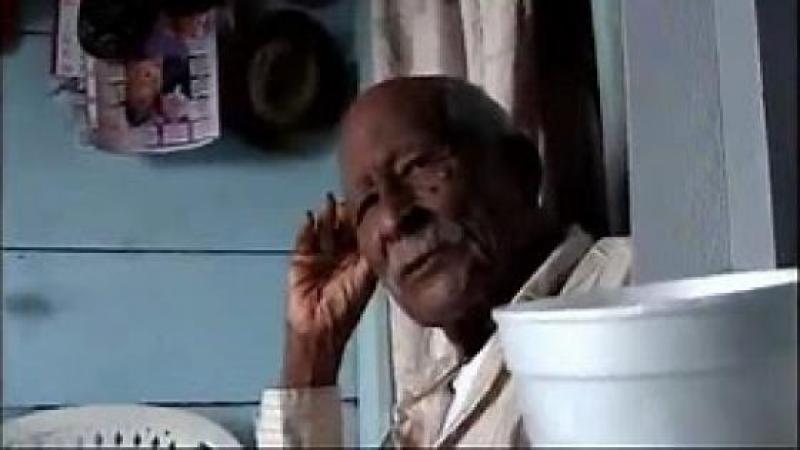 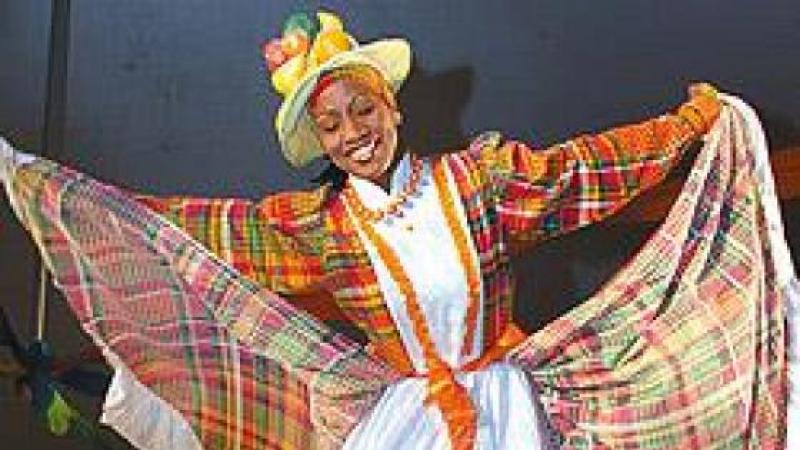