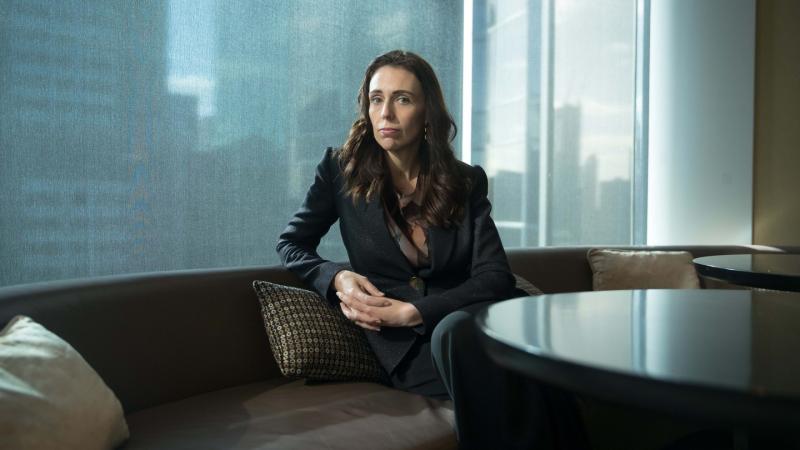 Jacinda Ardern’s leadership style, focused on empathy, isn’t just resonating with her people; it’s putting the country on track for success against the coronavirus. The coronavirus pandemic may be the largest test of political leadership the world has ever witnessed. Every leader on the planet is facing the same potential threat. Every leader is reacting differently, in his or her own style. And every leader will be judged by the results.

Jacinda Ardern, the 39-year-old prime minister of New Zealand, is forging a path of her own. Her leadership style is one of empathy in a crisis that tempts people to fend for themselves. Her messages are clear, consistent, and somehow simultaneously sobering and soothing. And her approach isn’t just resonating with her people on an emotional level. It is also working remarkably well.

People feel that Ardern “doesn’t preach at them; she’s standing with them,” Helen Clark, New Zealand’s prime minister from 1999 to 2008, told me. (Ardern, a fellow member of the Labour Party, got her start in politics working for Clark during her premiership.) “They may even think, Well, I don’t quite understand why [the government] did that, but I know she’s got our back. There’s a high level of trust and confidence in her because of that empathy.”

She is “a communicator,” Clark added, noting that Ardern earned a degree in communications. “This is the kind of crisis which will make or break leaders. And this will make Jacinda.”

One of Ardern’s innovations has been frequent Facebook Live chats that manage to be both informal and informative. During a session conducted in late March, just as New Zealand prepared to go on lockdown, she appeared in a well-worn sweatshirt at her home (she had just put her toddler daughter to bed, she explained) to offer guidance “as we all prepare to hunker down.”

She sympathized with how alarming it must have been to hear the “loud honk” that had preceded the emergency alert message all New Zealanders had just received essentially informing them that life as they knew it was temporarily over. She introduced helpful concepts, such as thinking of “the people [who] will be in your life consistently over this period of time” as your “bubble” and “acting as though you already have COVID-19” toward those outside of your bubble. She justified severe policies with practical examples: People needed to stay local, because what if they drove off to some remote destination and their car broke down? She said she knows as a parent that it’s really hard to avoid playgrounds, but the virus can live on surfaces for 72 hours.

She expected the lockdown to last for several weeks, Ardern said, and for cases to rise steeply even as New Zealanders began holing up in their homes. Because of how the coronavirus behaves, “we won’t see the positive benefits of all of the effort you are about to put in for self-isolation … for at least 10 days. So don’t be disheartened,” she said.

In a more recent Facebook Live, one of Ardern’s staffers walked into her office just as she was launching into a detailed explanation of what life would look like once the government began easing its lockdown. “Oh look, it’s Leroy!” she exclaimed, assuring viewers that he was in her “work bubble.” A children’s toy was visible just behind her desk. The scene seemed apt for an era in which work and life are constantly colliding.

While Ardern conducts more formal and conventional daily briefings with other top officials and journalists, she puts her personal touch on these as well. “Trump does his briefings, but that’s a different kind of show,” Clark said. “On no occasion has Jacinda ever spun out and attacked a journalist who’s asked a question,” she noted, in reference to the American president’s repeated tirades against journalists. (When a reporter forgot his question upon being called on during a recent briefing, Ardern jokingly told him that she was concerned he wasn’t getting enough sleep.)

“She doesn’t peddle in misinformation; she doesn’t blame-shift; she tries to manage everyone’s expectations at the same time [as] she offers reassuring notes,” Van Jackson, an international-relations scholar at Victoria University of Wellington and a former Defense Department official during the Obama administration, wrote to me in an email. “She uses the bully pulpit to cue society toward our better angels—‘Be kind to each other’ and that kind of thing. I think that’s more important than people realize and does trickle down into local attitudes.”

Ardern’s style would be interesting—a world leader in comfy clothes just casually chatting with millions of people!—and nothing more, if it wasn’t for the fact that her approach has been paired with policies that have produced real, world-leading results.

Since March, New Zealand has been unique in staking out a national goal of not just flattening the curve of coronavirus cases, as most other countries have aimed to do, but eliminating the virus altogether. And it is on track to do it. COVID-19 testing is widespread. The health system has not been overloaded. New cases peaked in early April. Twelve people have died as of this writing, out of a population of nearly 5 million.

As a collection of relatively isolated islands at the bottom of the South Pacific, New Zealand was in a favorable position to snuff out the virus. “Because we had very few cases wash up here, we could actually” work toward an elimination strategy, Clark said. “It is undoubtedly an advantage to be sitting down on the periphery [of the world], because you have a chance to see what’s circulating from abroad.”

But Ardern’s government also took decisive action right away. New Zealand imposed a national lockdown much earlier in its outbreak than other countries did in theirs, and banned travelers from China in early February, before New Zealand had registered a single case of the virus. It closed its borders to all nonresidents in mid-March, when it had only a handful of cases.

Michael Baker and Nick Wilson, two of New Zealand’s top public-health experts, wrote last week that while the country’s ambitious strategy may yet fail, early intervention bought officials time to develop measures that could end the transmission of the coronavirus, such as rigorously quarantining at the country’s borders and expanding COVID-19 testing and contact tracing.

Jackson, the international-relations scholar, said that the decision by Ardern’s government to unveil its four-level alert system (it moved to Level 4 in late March) at the outset of the crisis “was great at getting us ready psychologically for a step-up in seriousness,” a model that “couldn’t be more different from Trump’s ‘What will I do today?’ approach.”

The success, of course, isn’t all Ardern’s doing; it’s also the product of an impressive collective effort by public-health institutions, opposition politicians, and New Zealanders as a whole, who have largely abided by social-distancing restrictions.

And that collective may be fraying. Although the government has unveiled many economic-stimulus measures, some opposition politicians and public-health experts are now demanding that the lockdown, which may be eased this week, be rolled back even further. They accuse the government of overreacting and argue that Australia has managed to reduce new coronavirus cases without the severe lockdown that New Zealand has endured.

Ardern is similar to Barack Obama in that she’s “polarizing at home [while] popular abroad,” Jackson said. “But her favorables are never higher than when she’s pulling the country through a crisis.”

Indeed, one poll by the market-research firm Colmar Brunton in early April found that 88 percent of New Zealanders trusted the government to make the right decisions about addressing COVID-19, and 84 percent approved of the government’s response to the pandemic, in each case higher than what the company found in the world’s seven largest advanced economies, including the United States. New Zealand citizens had come to support the government’s policies even though many were feeling economic pain, at least in the short term, as a result of them.

Jackson cautioned that while Ardern and many young European leaders have expertly navigated the coronavirus crisis, he still worries about how this new generation of leaders will handle what comes after it.

“Strategic decision making and crisis decision making are very different,” he noted. “The world is going to be changed, largely for the worse, in the coming years. A great depression seems all but inevitable. China’s strategic opportunism knows no bounds. Dictators everywhere are using the pandemic to solidify control of societies. Multilateral institutions aren’t delivering as promised. Getting through this crisis intact is just one step in a longer process toward a brave new world.”

We want to hear what you think about this article. Submit a letter to the editor or write to letters@theatlantic.com. 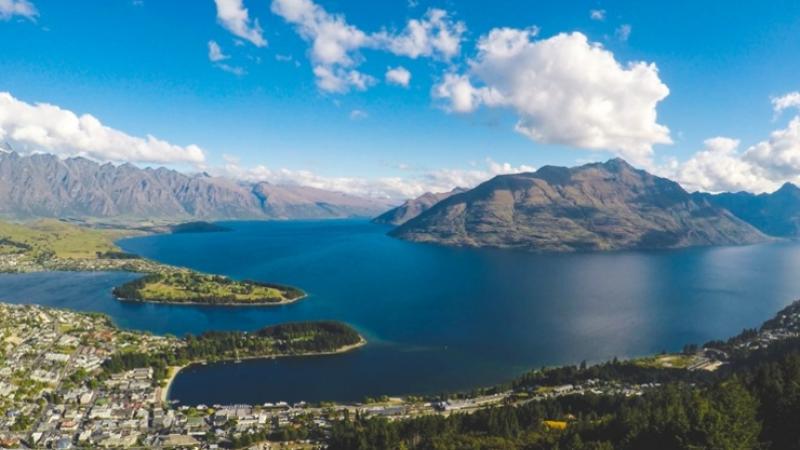 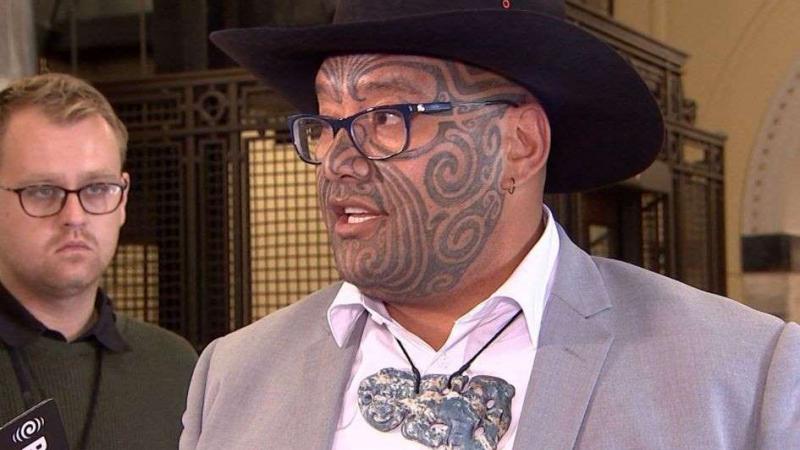 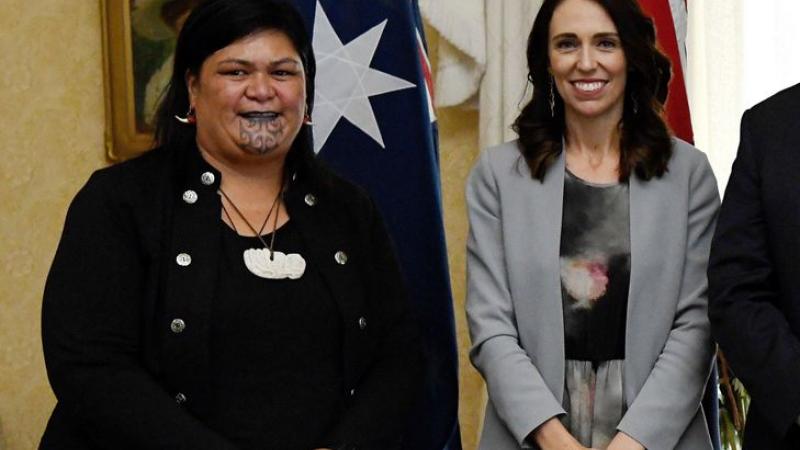 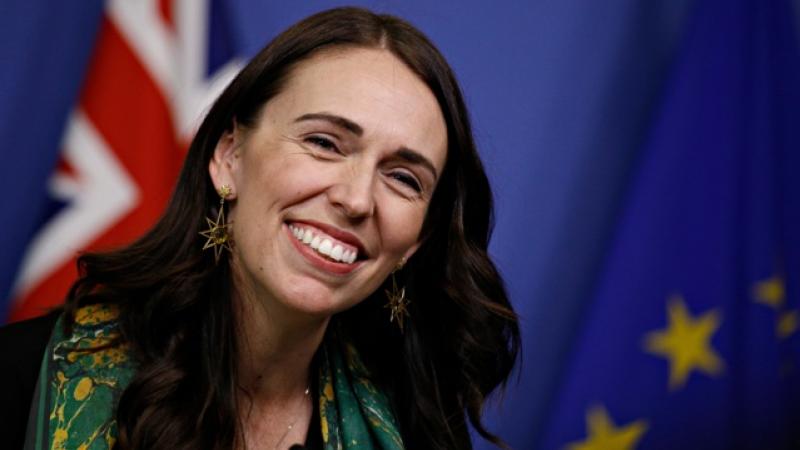