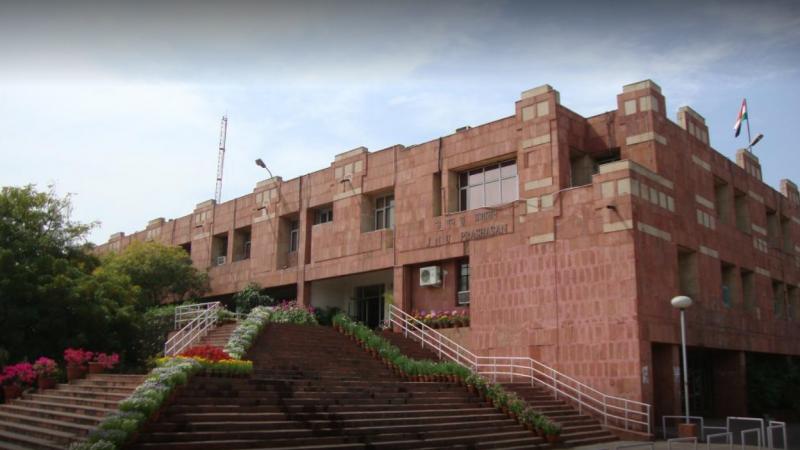 The Covid19 pandemic has made the class inequalities and caste discrimination in terms of increasing atrocities more conspicuous. While the caste discrimination works in blatant forms in rigid orthodox traditional caste ghettos in rural areas, it works in subtle and overt forms in University spaces. It is difficult to prove. It is too elusive to explain. But it can be felt and explained from the vantage point of the lived experience of a Dalit. My lived experience is my interface with the recreation of a space of untouchability and humiliation perpetrated by brahmins of modern outlook in university spaces during the global pandemic.

I live in Sabarmati Hostel in JNU, a joint-hostel for boys and girls with separate wings and a common dining room. In my wing, I have incidentally come in contact with a student who was the ‘primary contact’ of another student who tested positive for Covid 19 in the University. I had never been in primary contact with that Covid 19 positive person. However, as a precaution for myself and others, I have immediately put myself under self-quarantine. I, with my full responsibility, informed the concerned authorities of the hostel as well as hostel mates.

However, ever since I intimated the hostel-mates about the self-quarantine, I have been constantly subjugated to humiliation and mental torture by a group of women.  A group of Savarna women with their privilege of caste surnames such as Shukla, Chatterjee began treating me like a covid-positive patient. In the beginning, I perceived it as a general fear of people towards the pandemic. However, their subsequent behaviour proved otherwise. But, their mental harassment was beyond the fear of pandemic.

These Savarna women eventually formed a collective-hegemonic group and started making special commandments and rules which overshadowed the jurisdiction of hostel and university jurisdiction. Immediately after a meeting, I was updated with their ten-points of new quarantine rules on WhatsApp and the very next morning I was flooded with lots of instructions by my upper-caste floor-mates without any consultation with the warden.

They started ordering me, as to what I should do, and what should not, what could I use and what I could not. It was surprising for me because I cooperated with them when some of them were in the same situation. With anger and arrogance, they ordered me: ‘you have to use the second floor’s washroom and have to take water from mess water cooler’ which is not properly working. When I denied following their commandments, they started my mental harassment. One so-called “radical Brahmin” woman ganged up with more than 5 women, went to the warden, to complain against me. Although warden suggested them, that I will use nearby watercooler and washroom that will be safe for everyone. Still, they did not stop the harassment.

I use my personal pipe for the watercooler to fill the water and also gave it to my other floor-mates for their usage.  However, it became a security matter for them and a source of harassment on me. They swooned on me as a gang and began to order saying:  ‘you have used this pipe, you have to wash and sanitize it’. I understood the logic of precaution during the pandemic, though couldn’t comprehend the reason for ganging up against me as collective domination.  I replied that ‘this is mine and each time I cannot wash, therefore you manage yourselves’. On this, they began to fight with me. Even my floor-mates who have nothing to do with washroom my side began to shout at me. After that, some of them began to clean the floor because of my presence on the floor.

A woman who often used to say in common conversation “you know I am a Brahmin” started harassing me on WhatsApp group of the Sabarmati hostel boys wing. It was very horrible for me because a few days before these women only decided, not to pass any information on girls-wing to boys-wing. Before this incident many a time, I felt humiliated by these Savarna women. Whenever anyone litters the washroom, they start doubting me. Once a Brahmin hostel-mate came with a complaint that “you have littered the pantry !”. I replied: I did not use pantry today, so how could I litter? She said there is part of onion left in the pantry and ‘you know I am Brahmin, and I don’t eat onion’, ‘then defiantly she said, ‘you would have littered you must wash it’. Although I denied it, she humiliated me a lot.

The Savarna women have a casteist tendency to rule, suppress and depress. Even though, concerned authorities of the hostel warned them not to harass me, still, they came with their own rules, wrote it on a paper for me as if  I am a covid-positive person. I replied them: ‘this hostel is not your personal property and I am not your subject, don’t dare to come again to me with this rubbish’.

Although voluntarily, I chose to get a test of covid19 and found negative, still their gang practised sophisticated untouchability,  and often they taunted me indirectly. After some sensitivity was shown by some good-hearts, I did not feel alone and helpless otherwise, it was very difficult to live peacefully. Comments, fights, baseless complaints, became so painful;  but still, I was determined to fight these elements.

Dissecting the Hypocrisy of Savarna Women

Left and liberal Savarna women, mostly Brahmins, surrounding me in the Sabarmati hostel who are self-claimed feminists, always talk about the patriarchal structure of the society, sexuality, male domination, and atrocities on women. Some of them claim to be Left and in their discussion, it seems that they always carry hammers and shackles to kill bourgeoisie of this country.

Some of them associate themselves with most radical groups of this campus. In each and every campus gathering, one can find these women always in fore-front, their voices will be so loud, able to show their presence, with caste-confidence they try to smash their opponents. In front of Muslim students, they try to be the champion of Muslim cause; in front of Dalit students they become the staunch Ambedkarites; and in discussions with Adivasis, they become true fighters of Jal, Jangal, Zameen.

Their sensitivity towards caste question is so artificial. On any Dalit atrocities or any Dalit movement, these women with caste arrogance in discussion with Dalits, they say:  ‘you know I am Brahmin but I am against the atrocities on Dalits, ‘it is so horrible’ ‘we must raise our voice against these atrocities’ ‘Dalit lives matter’.

At the same time, on reservations or affirmative actions for the Dalits and other categories,  their tone will change suddenly: ‘you know I think we must revisit the reservation system’ ‘it must be on the economic basis, not caste because poverty does not have any caste’ ‘you know there are so many poor brahmins’ “caste-based reservation has been accumulated by few castes only, it has not reached everyone’ ‘even Dalit male are also patriarchal’ ‘we have to look at these issues critically’.

They have this shrewd tendency to look at reservation critically but they never at look their privilege with the same glance. They show their fake sympathy towards victimised Dalit, but they hate an assertive Dalit. Organisations led by the lower-castes always irk them: ‘you know I don’t have any problems with their politics but their position on this and that is not clear so they are not trustworthy, ‘they lack clarity of ideology’ ‘their understanding on gender and nationality is horrible’. This is their tendency to see the Dalit-Bahujan politics lowly,  comes from their caste prejudices, where they think these oppressed castes cannot understand these issues.

In campus, these Savarnas overloaded with so-called progressive political values claim to fight against the food fascism, but in private conversations:  ‘you know in my home we don’t even eat garlic, onion and ginger’ ‘my mother doesn’t allow me to enter into the kitchen while mensuration’ ‘she only serves I cannot directly take for myself’. You know my mother keeps two sets of utensils one for labourers mostly Dalits and one for family. My father never allows any lower caste inside the home.’

While referring to the Left and liberal of this country, Babasaheb Ambedkar said:  that there are two Brahmins, one is priestly Brahmins and another is secular Brahmins, but both are the part of the same body. When there will be an attack on one, another will come in defence of others. In the US while referring to the white liberals, Malcolm X once said that ‘the most dangerous species in the western hemisphere are these liberals, they are like a fox, while looking at them you cannot recognise whether they are smiling or showing their teeth with enmity and anger’. These are the views of the great social revolutionaries from India to the US.  My experiences with these elements as a student of JNU and resident of Sabarmati hostel just reaffirmed these observations of two great personalities and exposing the inherent caste character of Savarnas.

The social privileges enmeshed in the caste social hierarchy which is sanctioned by the Hindu religion and tradition of this country allows Savarnas to be anything:  revolutionaries, left, ultra-left, radical-feminist, liberals and secular.

Moreover, they easily get legitimacy in any ideological framework because of being Savarna. It is because already they have a social privilege, well-trained background to rule, ancestral training to manipulate, and lastly being a Savarna:  if a Savarna is claiming to fight for the cause of others nothing can be more revolutionary in the eyes of gullible Indians. That is why Left to Right to  Centre everywhere Savarnas are overpopulated. Right-wing is their father’s home (Papa ka Ghar), Congress is their uncle’s home (Chacha ka Ghar), Left-wing is their maternal uncle’s home ( Maama ka Ghar). In the end, they are different branches of the same tree.

(Anju Devi is a PhD Scholar at the Centre for Russian and Central Asian Studies, Jawaharlal Nehru University, New Delhi) 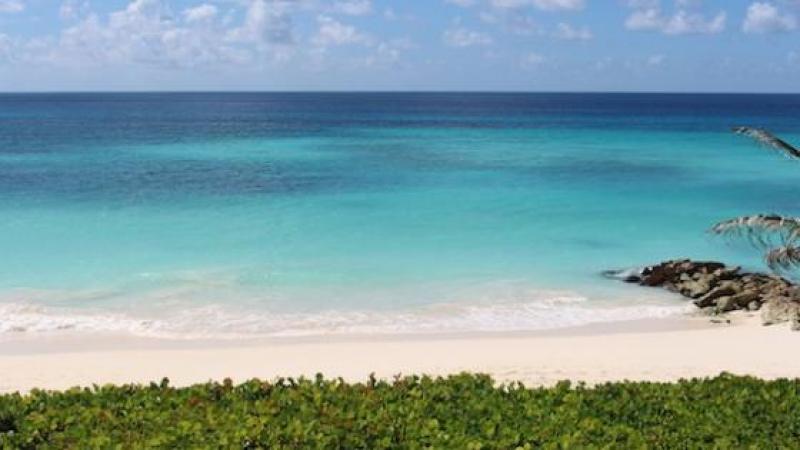 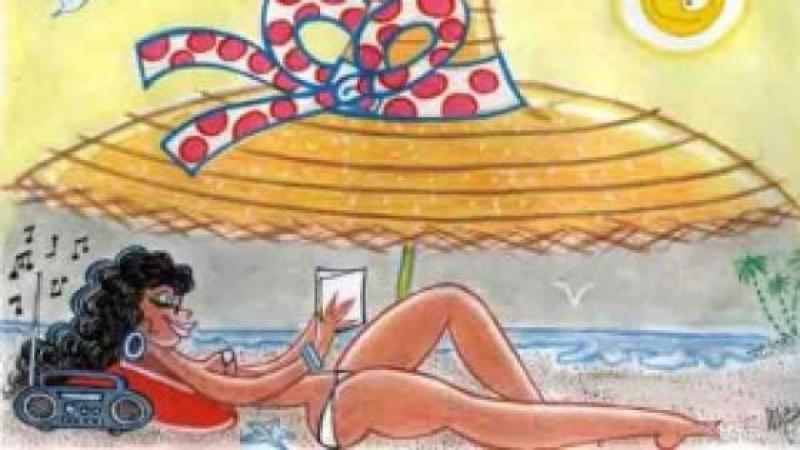 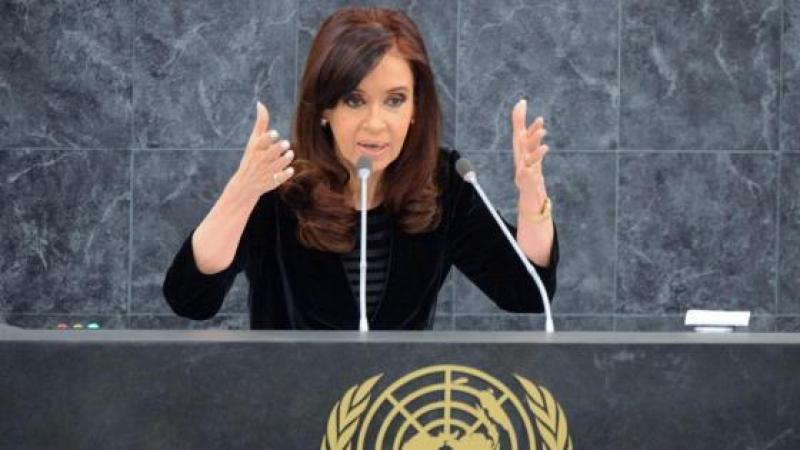 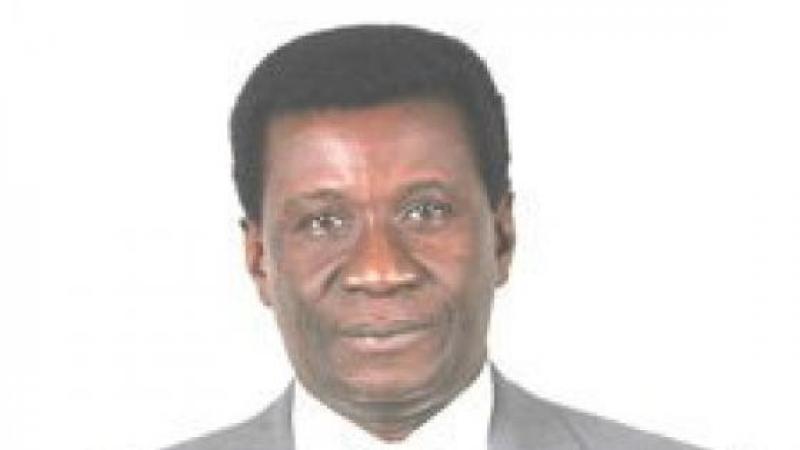 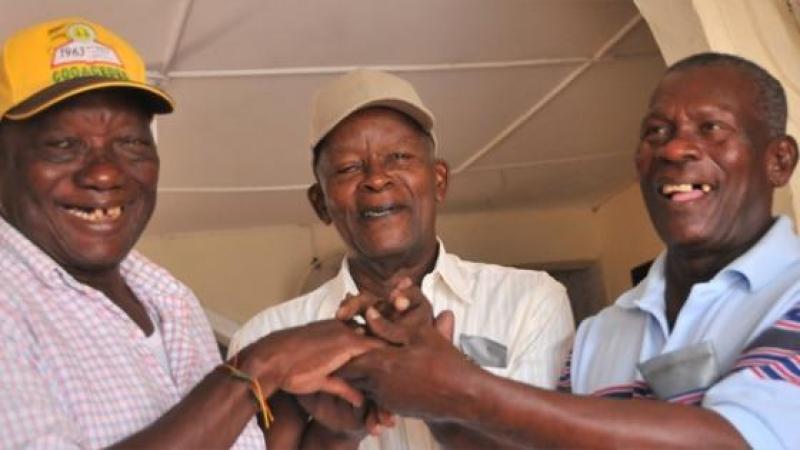