A LANGUAGE THRIVES IN ITS CARIBBEAN HOME 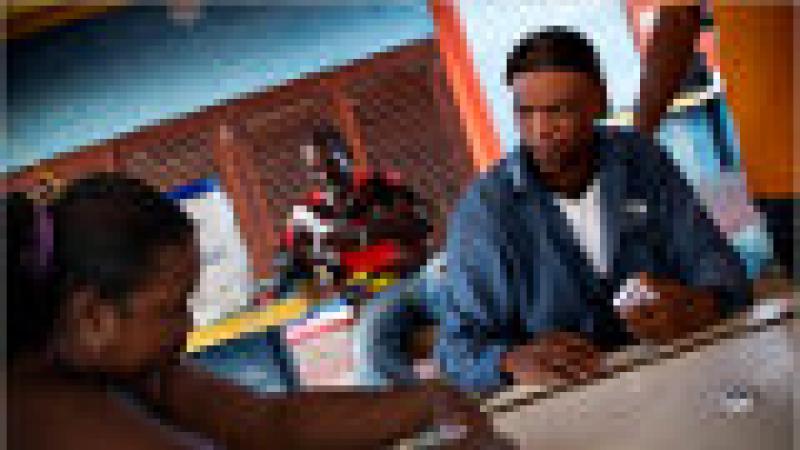 WILLEMSTAD, Curaçao — Thousands of languages spoken by small numbers of people, including many of the Creole languages born in the last centuries of human history, are facing extinction. But a little-known language spoken on a handful of islands near the coast of Venezuela may be an exception.

Papiamentu, a Creole language influenced over the centuries by African slaves, Sephardic merchants and Dutch colonists, is now spoken by only about 250,000 people on the islands of Curaçao, Bonaire and Aruba. But compared with many of the world’s other Creoles, the hybrid languages that emerge in colonial settings, it shows rare signs of vibrancy and official acceptance.

Transforming status quo into law, officials here recognized Papiamentu as an official language in 2007, with Dutch and English. That was a rare distinction for a Creole, and one made in few other countries. Papua New Guinea made its English Creole, Tok Pisin, official, as the island nation of Seychelles did with its French Creole, Seselwa.

Still, linguists say the endurance of Papiamentu stands out at a time when many Creoles face the threat of being swallowed up by dominant world languages like English or French. Definitions vary, but Creoles are generally considered to be restructured languages formed in the last several centuries from contact with colonial languages like English, Portuguese or Arabic.

“While English and French Creoles get more attention, the extension of Papiamentu into different domains like writing, education and policy is incredibly high,” said Bart Jacobs, a Dutch linguist who studies Papiamentu. “This bodes very well for the language’s chances to survive, and possibly even thrive well into the future.”

Scholars, writers and composers here say Papiamentu’s resilience has roots in a mixture of radical politics and pragmatic planning. They often tie Papiamentu’s resurgence to a violent uprising against symbols of Dutch power on May 30, 1969, known here as Trinta di Mei.

“Trinta di Mei allowed us to recognize the subversive treasure we had in our language, which existed for centuries so we could keep secrets from the Dutch,” said Frank Martinus, 73, a Curaçaoan writer and founder of Kolegio Erasmo, a grade school where Papiamentu is the main language.

Papiamentu still has a way to go in usurping Dutch from some spheres. Curaçao’s laws are still written in Dutch. Some schools start out teaching children in Papiamentu, but then transition to Dutch, bowing to the economic opportunities the Netherlands still provide for many islanders.

Even Mr. Martinus wrote his 1973 novel “Double Play,” considered the masterpiece of modern Curaçaoan literature, in Dutch. He said that was a necessity at the time he wrote it, since he needed money fast while living in the Netherlands.

Now the novel is being translated into Papiamentu by Lucille Berry-Haseth, a Curaçaoan poet. Ms. Berry-Haseth, 73, revels in Papiamentu’s playfulness and capacity to absorb new influences, joking in an interview, for instance, that she was a “puitu killer,” or “cradle robber,” since she was a few years older than her husband. “Puitu” (pronounced poo-EE-too), she explained, came from the Spanish word “pollito,” for “little chicken” or “chick,” while “killer” came from English.
Papiamentu’s origins fascinate linguists; it emerged in a Dutch colony but its core vocabulary is a mix of Portuguese and Spanish. (Dutch Creoles crystallized elsewhere in the Dutch empire.)

Some scholars say Papiamentu evolved from a Portuguese-based lingua franca once used in West Africa, developing further in the 17th century when Curaçao was an entrepôt for South America’s slave trade and a cosmopolitan Dutch outpost settled in part by Portuguese- and Spanish-speaking Jews. Whatever its origins, Papiamentu today evokes a bit of the rhythm of Brazilian Portuguese, sprinkled with words from Dutch and English but also largely from the Spanish of Venezuela.

Papiamentu speakers frequently employ racy slang that would seem out of place in the pages of a family newspaper but not on the streets of Caracas. Moreover, many Curaçaoans are remarkably polyglot, fluently speaking Papiamentu, Dutch, English and Spanish.

Papiamentu’s vibrancy is related to the creation in 1998 of the Fundashon pa Planifikashon di Idioma, a language institute that maintains an orthography. Papiamentu also thrives on the street level, with immigrants from Haiti and Suriname often picking up the language quickly and using it instead of Dutch.

Derek Bickerton, an American scholar of Creoles (he defines them as “bastard tongues” of “dubious and disputed parentage”), suggests other reasons for Papiamentu’s strength, including the weakness of Dutch compared with other colonial languages. Other linguists say the language thrives because of its use in trade and the relative prosperity of Papiamentu-speaking islands, which have per capita incomes of more than $16,000 a year.

Officials here said Papiamentu will keep its official status when the Netherlands Antilles is dissolved in October, a largely anticlimactic political rearrangement. Curaçao and the Dutch half of St. Maarten will become independent nations in the Kingdom of the Netherlands, while three other islands become the equivalent of Dutch municipalities. The Netherlands will continue to oversee the defense and foreign affairs of all the islands involved, as it does now with Aruba.

For some here, the secret of Papiamentu’s survival lies in its use as a language of both resistance and renewal.

Helmin Wiels, 51, leader of the leftist party Pueblo Soberano, which favors a complete break from the Netherlands, said that if Curaçao were to achieve full independence, its official language should be Papiamentu, along with English and Spanish. As for Dutch, he said: “No way. Dutch is a dead language the same as Greek or Latin.”

“The preservation of Papiamentu would allow us to absorb the influences of our South American brothers,” he said, “while keeping alive that which makes us unique.”

A version of this article appeared in print on July 5, 2010, on page A7 of the New York edition. 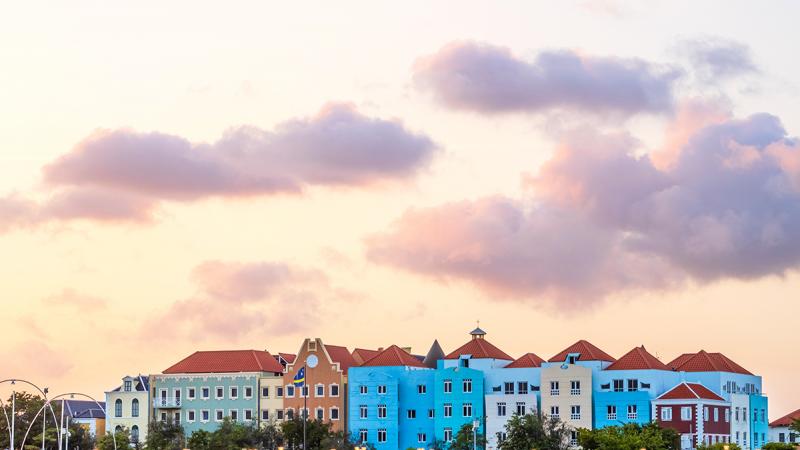 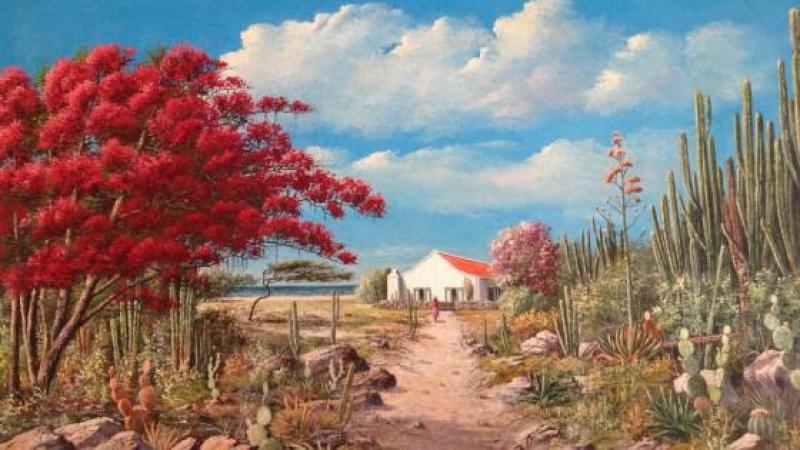 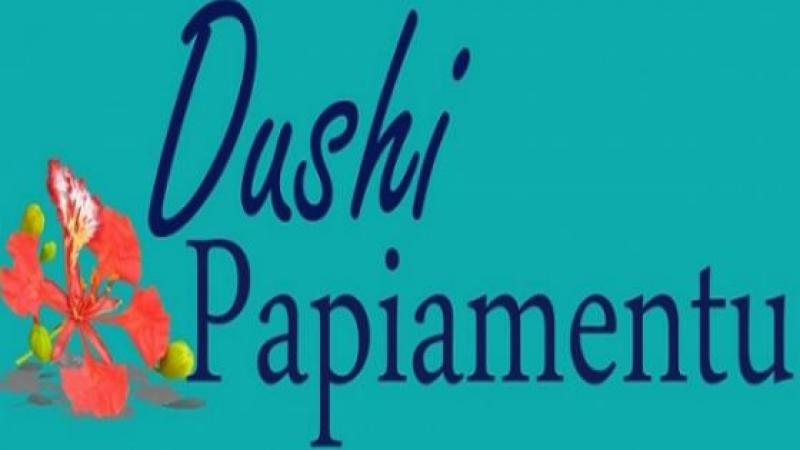 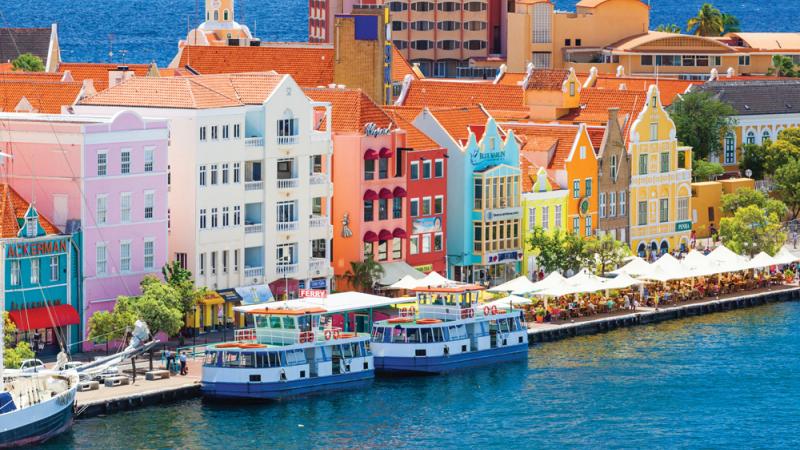 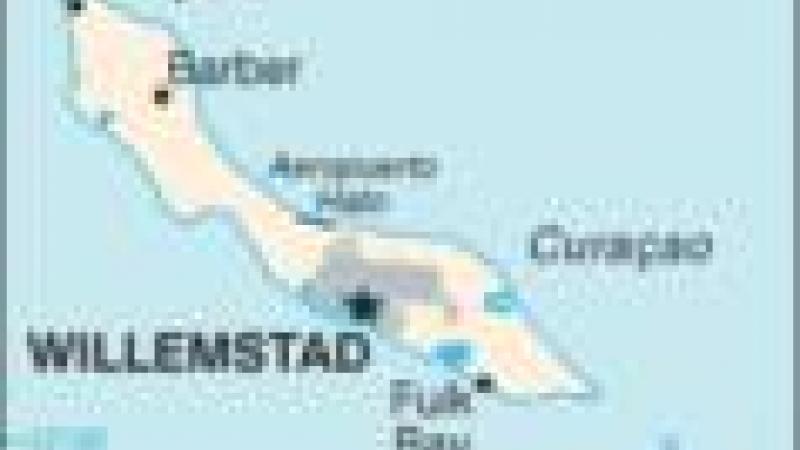