By ROBERT F. WORTH 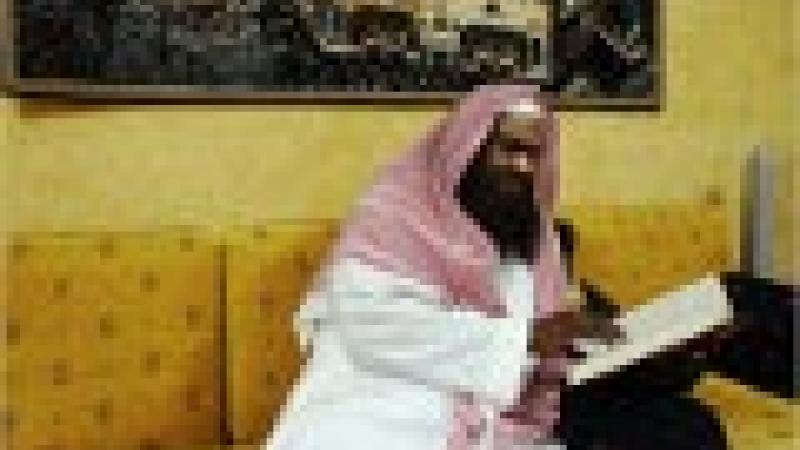 Two years ago, Sheik Adil Kalbani dreamed that he had become an imam at the Grand Mosque in Mecca, Islam’s holiest city.

Waking up, he dismissed the dream as a temptation to vanity. Although he is known for his fine voice, Sheik Adil is black, and the son of a poor immigrant from the Persian Gulf. Leading prayers at the Grand Mosque is an extraordinary honor, usually reserved for pure-blooded Arabs from the Saudi heartland.

So he was taken aback when the phone rang last September and a voice told him that King Abdullah had chosen him as the first black man to lead prayers in Mecca. Days later Sheik Adil’s unmistakably African features and his deep baritone voice, echoing musically through the Grand Mosque, were broadcast by satellite TV to hundreds of millions of Muslims around the world.

Since then, Sheik Adil has been half-jokingly dubbed the “Saudi Obama.” Prominent imams are celebrities in this deeply religious country, and many have hailed his selection as more evidence of King Abdullah’s cautious efforts to move Saudi Arabia toward greater openness and tolerance in the past few years.

“The king is trying to tell everybody that he wants to rule this land as one nation, with no racism and no segregation,” said Sheik Adil, a heavyset and long-bearded man of 49 who has been an imam at a Riyadh mosque for 20 years. “Any qualified individual, no matter what his color, no matter where from, will have a chance to be a leader, for his good and his country’s good.”

Officially, it was his skill at reciting the Koran that won him the position, which he carries out — like the Grand Mosque’s eight other prayer leaders — only during the holy month of Ramadan. But the racial significance of the king’s gesture was unmistakable.

Sheik Adil, like most Saudis, is quick to caution that any racism here is not the fault of Islam, which preaches egalitarianism. The Prophet Muhammad himself, who founded the religion here 1,400 years ago, had black companions.

“Our Islamic history has so many famous black people,” said the imam, as he sat leaning his arm on a cushion in the reception room of his home. “It is not like the West.”

It is also true that Saudi Arabia is far more ethnically diverse than most Westerners realize. Saudis with Malaysian or African features are a common sight along the kingdom’s west coast, the descendants of pilgrims who came here over the centuries and ended up staying. Many have prospered and even attained high positions through links to the royal family. Bandar bin Sultan, the former Saudi ambassador to the United States, is the son of Prince Sultan and a dark-skinned concubine from southern Saudi Arabia.

But slavery was practiced here too, and was abolished only in 1962. Many traditional Arabs from Nejd, the central Saudi heartland, used to refer to all outsiders as “tarsh al bahr” — vomit from the sea. People of African descent still face some discrimination, as do most immigrants, even from other Arab countries. Many Saudis complain that the kingdom is still far too dominated by Nejd, the homeland of the royal family. There are nonracial forms of discrimination too, and many Shiite Muslims, a substantial minority, say they are not treated fairly.

“The prophet told us that social classes will remain, because of human nature,” Sheik Adil said gravely. “These are part of the pre-Islamic practices that persist.”

BLACK skin is not the only social obstacle Sheik Adil has overcome. His father came to Saudi Arabia in the 1950s from Ras al Khaima, in what is now the United Arab Emirates, and obtained a job as a low-level government clerk. The family had little money, and after finishing high school, Adil took a job with Saudi Arabian Airlines while attending night classes at King Saud University.

Only later did he study religion, laboriously memorizing the Koran and studying Islamic jurisprudence. In 1984 he passed the government exam to become an imam, and worked briefly at the mosque in the Riyadh airport. Four years later he won a more prominent position as the imam of the King Khalid mosque, a tall white building that is not far from one of the Intelligence Ministry’s offices.

Theologically, Sheik Adil reflects the general evolution of Saudi thinking over the last two decades. During the 1980s he met Osama bin Laden and Abdullah Azzam, a leader of the jihad against the Soviets in Afghanistan. He initially sympathized with their radical position and anger toward the West. Later, he said, he began to find their views narrow, especially after the terrorist attacks of Sept. 11, 2001.

Now he speaks warmly of King Abdullah’s new initiatives, which include efforts to moderate the power of the hard-line religious establishment and to modernize Saudi Arabia’s judiciary and educational establishment. He reads Al Watan, a liberal newspaper.

“Some people in this country want everyone to be a carbon copy,” Sheik Adil said. “This is not my way of thinking. You can learn from the person who is willing to criticize, to give a different point of view.”

His life, like that of most imams, follows a rigid routine: he leads prayers five times a day at the mosque, then walks across the parking lot to his home, which he shares with two wives and 12 children. On Fridays, he gives a sermon as well.

HE expected it to continue that way for the rest of his life. Then in early September he woke up to hear his cellphone and land line, both ringing continuously. Stirring from bed, he heard the administrator of the Grand Mosque leaving a message. He picked up one of the phones, and heard the news that the king had selected him.

Two days later he walked into a grand reception room where he was greeted by Prince Khalid al-Faisal, the governor of Mecca Province. Sheik Adil tried to introduce himself, but the prince cut him off with a smile: “You are known,” he said.

Next, Sheik Adil was led to a table where he sat with King Abdullah and other ministers. He was too shy to address the king directly, but as he left the room he thanked him and kissed him on the nose, a traditional sign of deference.

Remembering the moment, Sheik Adil smiled and went silent. Then he pulled out his laptop and showed a visitor a YouTube clip of him reciting the Koran at the Grand Mosque in Mecca.

“To recite before thousands of people, this is no problem for me,” he said. “But the place, its holiness, is so different from praying anywhere else. In that shrine, there are kings, presidents and ordinary people, all being led in prayer by you as imam. It gives you a feeling of honor, and a fear of almighty God.” 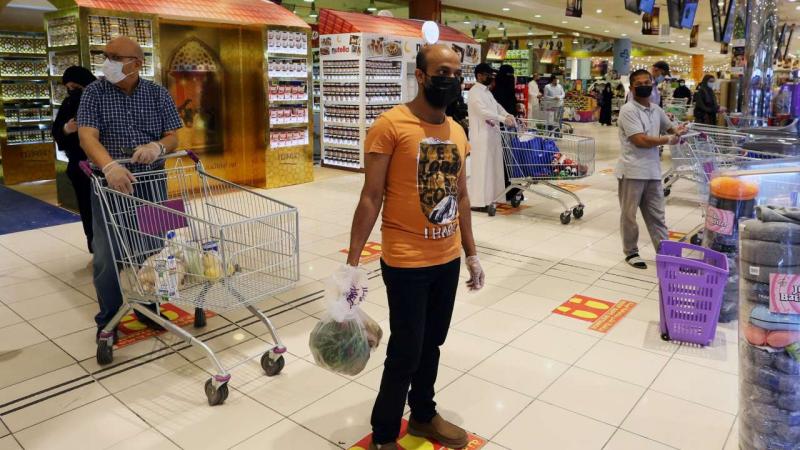 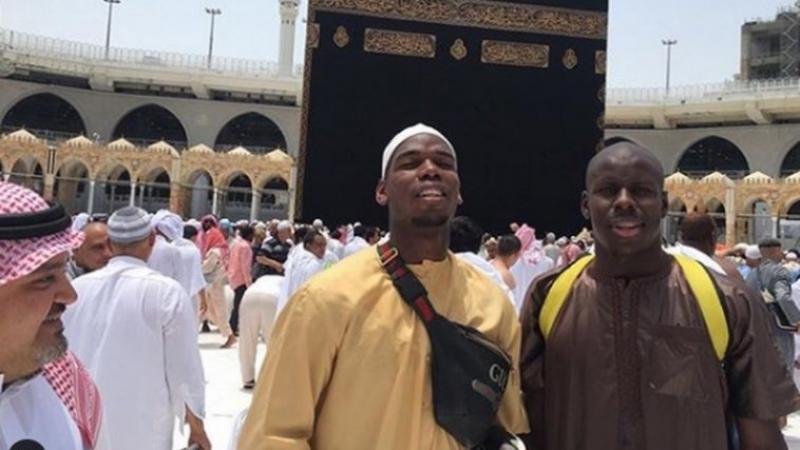 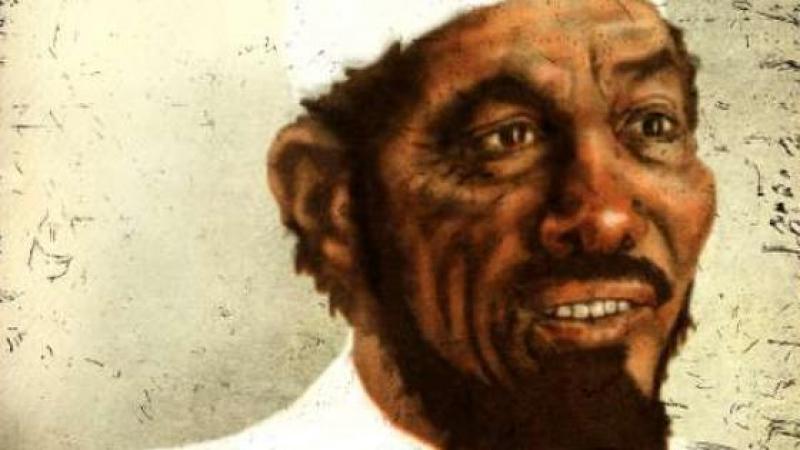