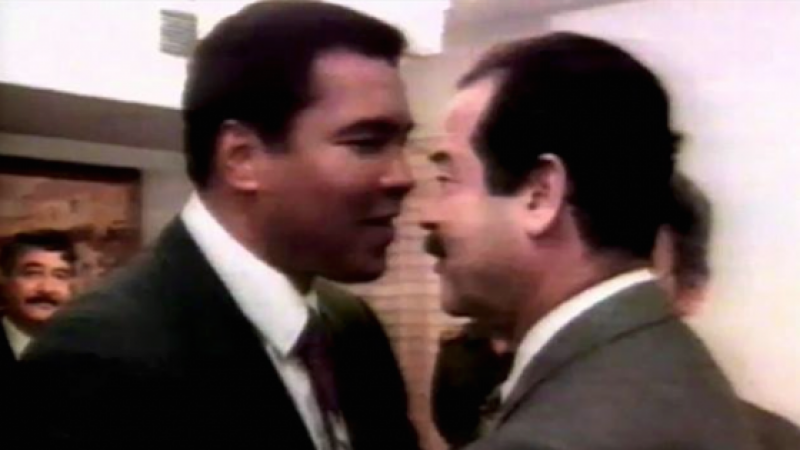 There is an old saying that goes, ‘never mix politics with sports’, but funnily enough, the Americans managed to combine them to good effect – with a little bit of help from the great Muhammad Ali. At his zenith, Ali was known as a sardonic and smooth-talking, brash young athlete who wooed not only with his charm and chiseled good looks but with some of the greatest bouts in boxing history like Rumble in the Jungle (against George Foreman) and Thrilla in Manila (against Joe Frazier).

“The Louisville Lip” employed tactics such as the ‘Ali Shuffle’ and ‘rope-a-dope’ – somewhat unorthodox a style for his weight class – typical of his signature catchphrase, ‘float like a butterfly and sting like a bee’, to become the first and only three-time Lineal World Heavyweight Champion.

Saddam Hussain Muhammad Ali IraqBut what is perhaps one of his most important but least known accomplishments is how he travelled to Iraq in 1990 to negotiate the release of 15 United States citizens taken hostage by Saddam Hussein after his invasion of Kuwait.

In 1967, 23 years prior to that, during the Vietnam War, Ali jeopardised his boxing career when on religious grounds, he refused to be conscripted into the U.S. Army. Vilified for his refusal to enlist, he was arrested and suspended but never imprisoned. He would not fight for nearly four years.

Years later, when the U.S. was on the verge of yet another futile war, this time in the Middle East, Saddam Hussein, the Iraqi dictator, held innocent prisoners as “human shields” to deter military strikes from the West. The unlikely diplomat sent in to release them, was Muhammad Ali.

Ali more than made up for refusing to enlist by making yet another bold move. And this time he risked it all – his reputation, health and safety. The U.S. hoped that Ali’s popularity and status in the Middle East would help prevent a war.

At the time, Ali was in the sixth year of his battle with Parkinson’s disease. But even as he mingled with the people on the streets of Baghdad and kids in schools, questions were raised about it being yet another publicity stunt, to glorify his name in the Middle East. After all, he was known for his self-promotional and trash-talking acts in his heyday.

The only thing he could gain from this trip was the freedom of 15 hostages. Hussein kept Ali waiting for over a week before he would finally engage in positive dialogue. But before he could do any of that, he had to listen diplomatically, to a man of self-praise.

After this, he managed to persuade a man who had openly disregarded the United Nations and the U.S. Government to release hostages after four months in captivity. Ali even assured Hussein that he would give the U.S an ‘honest account’ on his visit to Iraq.

Six weeks after Ali brought the hostages back home to their relieved families, Operation Desert Storm bombarded Iraq, a harsh reminder to the hostages of what could have been had it not been for Ali.

The possibilities of something like this happening today are close to nil. Grantland’s Charles P. Pierce in his piece “The New Colossus” said, “Today, it is impossible to imagine an athlete putting at risk what Ali put at risk in opposition to a war conducted by the United States government. The constituencies aren’t there. The effort to dissolve them reached high tide during the war that began after Ali got on the plane home in 1990.”

Ali may have mellowed with age but when it came to lending a helping hand, he was always sincere and true to his modest nickname: “The Greatest.” 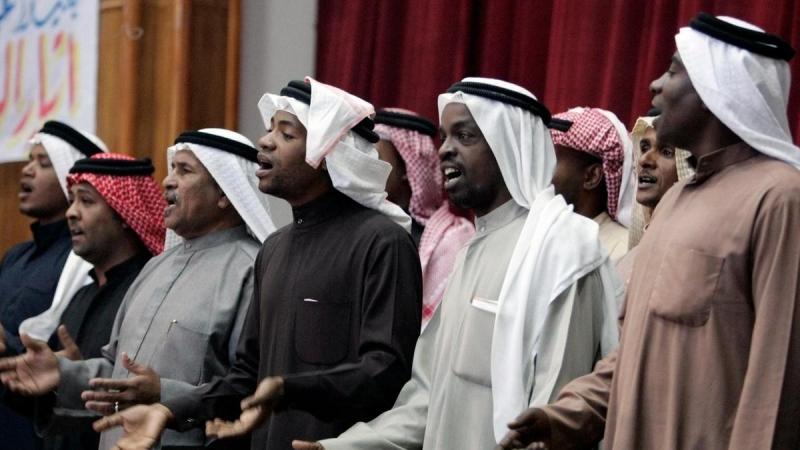 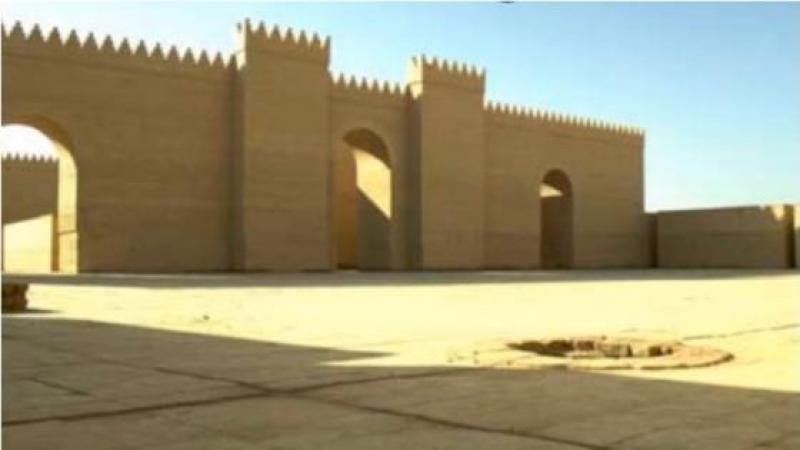 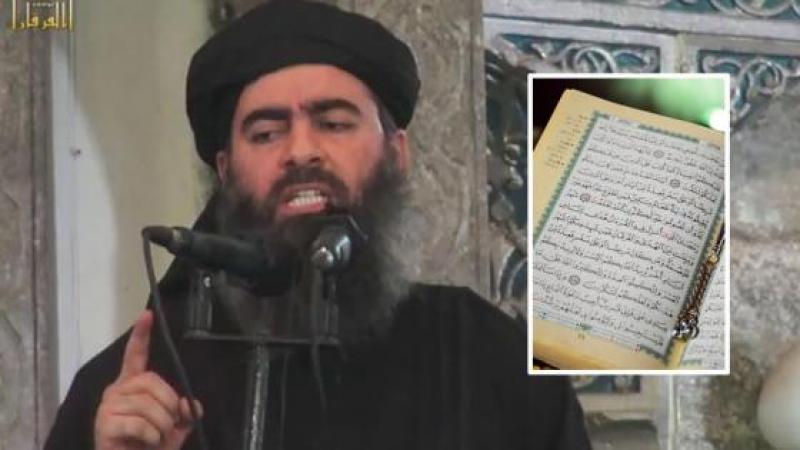 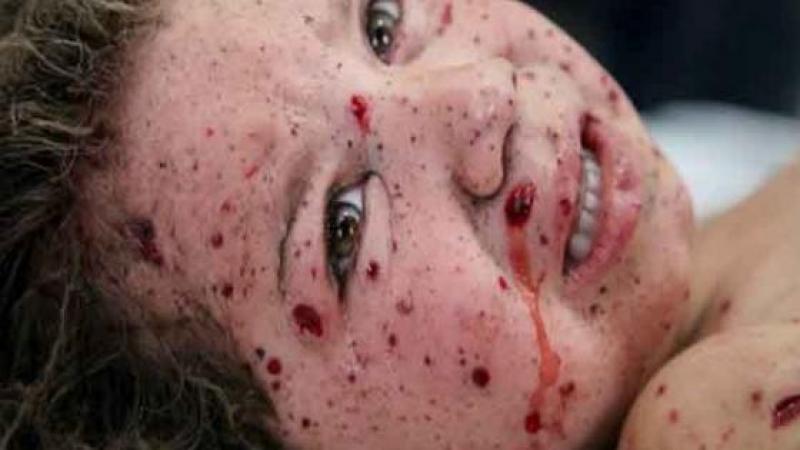 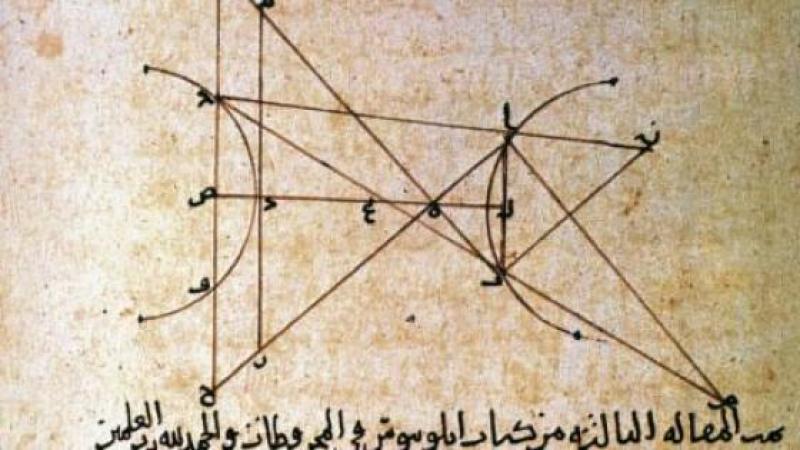